Olive Films will release Houdini (1953) on Blu-ray and DVD 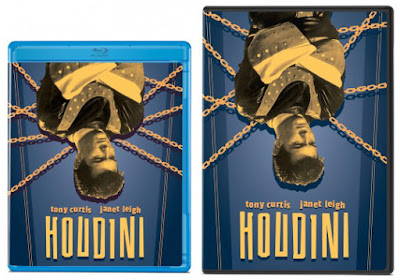 This marks the first standalone Blu-ray release of Houdini in the U.S. The movie had previously only been released on Blu-ray in 2011 bundled with Those Daring Young Men in Their Jaunty Jalopies. The last time Houdini was released as a standalone DVD was 2008.

It does not appear this new Olive Films release will include any extras or special features.

You can pre-order both the Houdini Blu-ray and DVD from Amazon.com.