From the collection of the mighty Arthur Moses comes this rarely seen publicity photo of Tony Curtis in Houdini (1953). As you can see, they've taken pains to recreate the famous photo of the young Houdini with his magic props. 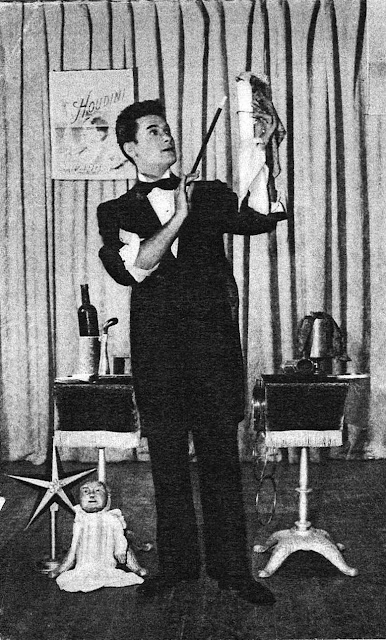 I've always thought the opening scene in Houdini, in which Harry meets Bess (Janet Leigh) at a Dime Museum, was an homage to this early image. Now we have proof that this photo -- likely taken in 1897 and sometimes mistakenly credited as Houdini's first professional photo -- was part of the filmmakers reference materials. 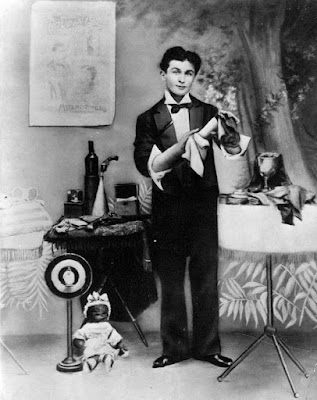