Here's an extraordinary new (old) photo of the inside of Houdini's 278 during his lifetime. This is the 2nd floor parlor looking towards the street. This comes from the John C. Hinson Collection and was part of our 2013 Hinson Endowment. At the time, I did not recognize this as 278. But now having been there, I can see it's unmistakably Houdini's house (and the clock on the left is the clincher that it's Houdini era). 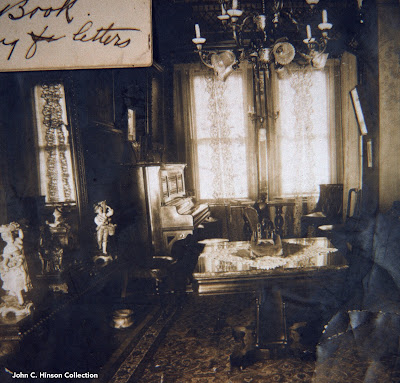 You'll notice this photo shows Houdini's piano (referred to as a "player piano" in a 1919 inventory). This is clearly not the same piano that was inside 278 last year. That piano was said to have been original to the house, so I suspect it actually belonged to the Bonannos. The piano was not among the items purchased by David Copperfield for his International Museum and Library of the Conjuring Arts in Las Vegas. Looks like that was the right call! 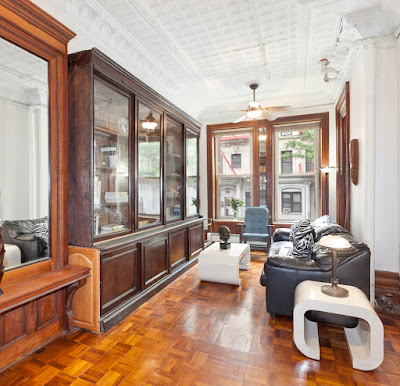 And before you ask, no, I don't yet know who bought Houdini's house. The house went under contract in January. We'll need to wait for the deal to close before we'll have a shot at finding out who the next owner of 278 will be. But the suspense is killing me!

Thanks to John Hinson.