Goods news for those (like myself) who do not get the Science Channel and have been unable to watch or stream Houdini's Last Secrets. You can now buy individual episodes or subscribe to the full season via Amazon or iTunes (and maybe other services I'm not aware). 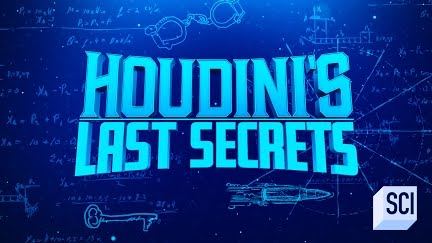 Houdini's Last Secrets is a 4-part series featuring George Hardeen that investigates several of Houdini's most baffling mysteries. The first episode, which looked the Water Torture Cell, is available now. Episode 2, which covers the Bullet Catch, airs tonight on the Science Channel at 10PM EST. It will presumably be available for purchase shortly after.

While my review of Episode 1 was mixed, I very much enjoyed Episode 2. I will be posting a full review later today.