A gift between Circumnavigators

One of my last (and most popular) posts of 2018 was about Houdini's little discussed membership in the Circumnavigators Club. Now club president David Mink has sent over another terrific Houdini related find from the November 5, 1922 issue of the club journal, The Log. 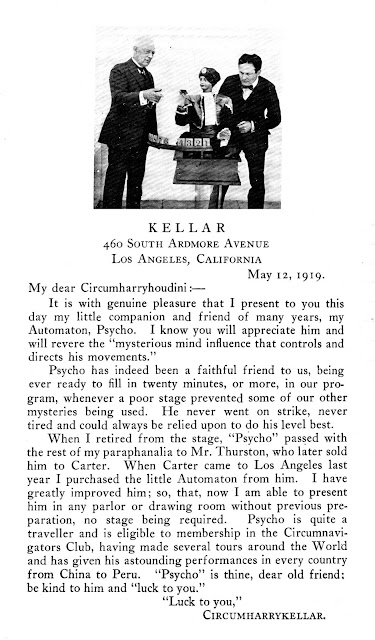 This is pretty fantastic. Not only does it provide an exact date for this famous gift (this is when Houdini was in Los Angeles filming The Grim Game), but I didn't know Harry Kellar was also a member of the Circumnavigators Club. And I've not seen that particular photo before.

After Houdini's death, "Circumpsycho" traveled to Joseph Dunninger. Henry Muller then acquired him for his Houdini Magical Hall of Fame in Niagara Falls. There the automaton suffered neglect, vandalism, and fell into disrepair. In 1986 John Gaughan rescued him from the museum. Today the fully restored and operational Psycho resides in John's collection. 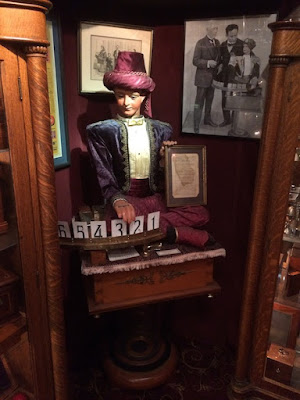 You can see film of Psycho in action HERE on The Paul Daniels Magic Show in 1988. Is it just coincide that his "random" number selection begins with 278?

Thanks to David Mink. For details on the still very active Circumnavigators Club visit their official website.