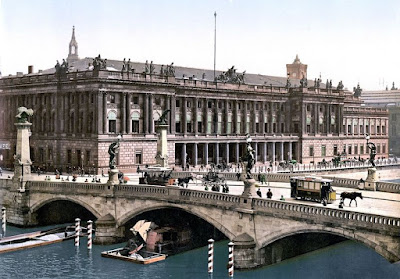 On September 5, 1908, Houdini jumped manacled from Friedrichs Bridge (Friedrichsbrücke) in Berlin, Germany. Like other bridge jumps, it was filmed. Like other films, it has been lost.

The Friedrichs Bridge jump is not one of Houdini better documented escapes. There are no photos or news clippings that I'm aware. That's what makes the below so special. This is an advertisement from a German film magazine, Der Kinematograph, placed by the company that filmed the escape. In it they provide a description of exactly what the footage shows.

"The world-famous breakout king and escape artist Houdini, who performa his amazing tricks, was cinematographically recorded by us with colossal success at Circus Busch in Berlin. This unique recording shows Houdini as he is carefully tied up before representatives of the Berlin press, supervised by the a special committee, then— laden with chains—running from the Circus Busch into the street and plunging from the parapet of nearby Friedrich’s Bridge, in the presence of a large crowd of spectators, into the River Spree. He dives under and appears again after barely a minute, completely unbound, on the surface, where a boat picks him up."


Thanks to David Byron of Baroque Potion for providing the above translation. Now if we could only find the film!

Below is Friedrichs Bridge today. 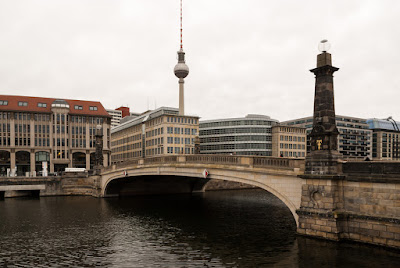 UPDATE: Our friend Perry from New Jersey sends over the below photo which shows the Circus Busch (the rounded domed building) and its relation to Friedrichs Bridge. A long run in shackles! 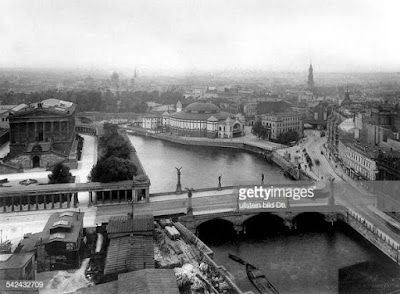