I think one can make the case that Houdini, in his own time, was as much associated with his famous Needles trick as he was with handcuffs or his Water Torture Cell. It may have been the trick that Houdini performed most in his career. Case in point is this terrific newspaper advert from 1924 highlighting Houdini's Needles trick above all else. 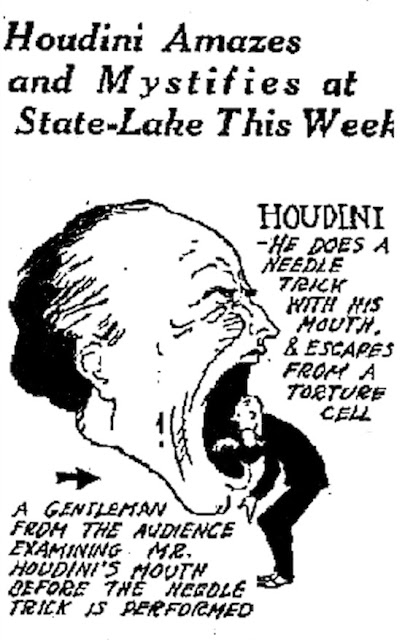 So when someone starts in with the old "Houdini wasn't really a magician" rap, just say "Needles" and walk away. Snap!

Thanks to William Pack for sharing this ad.
Written by John Cox at 3:36 PM