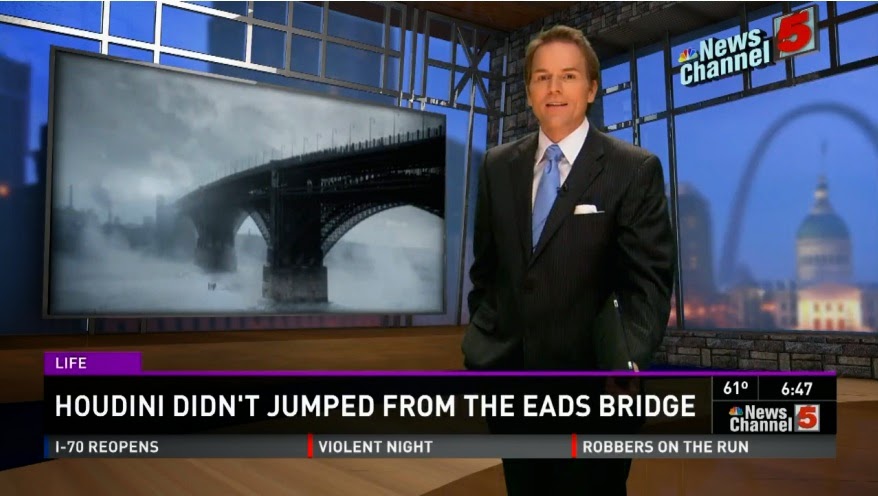 To be fair to the embattled HISTORY/Lionsgate (and I still think the real offenders here are producer Gearld W. Abrams and screenwriter Nicholas Meyer), they obviously chose the Eads Bridge for maximum visual impact. But a jump from a bridge this high would obviously be suicide. And, of course, the whole frozen river episode is well established malarky. 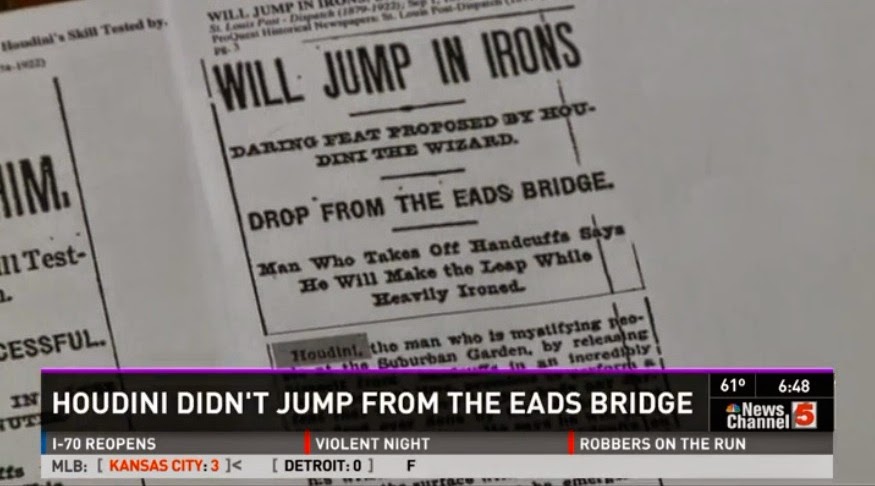