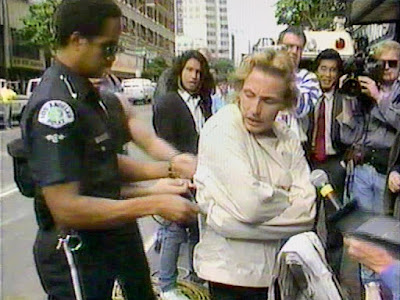 On October 29, 1987, escape artist Dean Gunnarson recreated Houdini's 1915 suspended straitjacket escape in Los Angeles to promote the live Halloween television special, The Search for Houdini. Dean was introduced as James Randi's protege, and Randi was on hand to assist in the stunt.

The show claimed Dean was doing the escape "on the same spot" as Houdini. We now know that's not strictly correct. Houdini did the escape from the Express Tribune building at 719 S. Hill Street. Dean did his from the Garfield Building at 403 W. 8th St. (opened in 1930). But the Express building was long gone by 1987 and the Garfield stands on the same block, so, close enough!

Below is coverage of the escape from the Los Angeles Times. 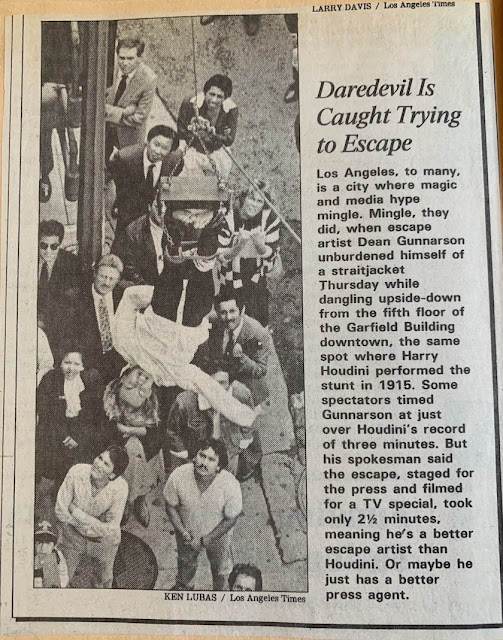 It's ironic that the Times covered Dean's escape, which appears to have drawn only a few dozen onlookers, but chose to ignore Houdini's 1915 stunt, which drew an estimated 25,000-35,000 spectators. But maybe Dean "had a better press agent."

So along with Steve Baker and Lee Terbosic, we can now number Dean Gunnarson as one of the men who have hung in Houdini's shoes.

Thanks to Joe Notaro for bringing this to my attention.