A new Musical HOUDINI by our good friend and frequent commenter Tom Frueh will play the 2019 United Solo festival at Theatre Row in New York on October 28, 2019. Tom has put a lot of work into the show and it looks great. He even has a song about 278! 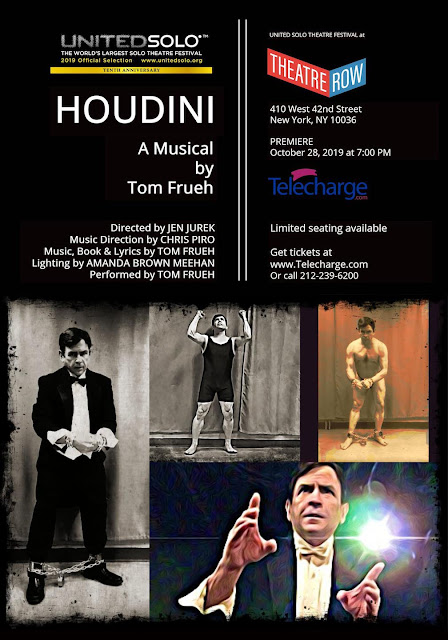 In 1926, the world-famous magician and escape artist Harry Houdini left New York on a farewell tour – and his life passed before his eyes. Follow his odyssey through the past, present and future as he struggles to unlock the key that will truly set him free. Director: Jen Jurek. Music Director & Accompanist: Chris Piro. Show image by Johan Renvall. Recommended for: adults only (not suitable for children).


For more details and to purchase tickets visit the United Solo website. You can also read an interview with Tom at Broadway World.