Lee Terbosic in The Life and Death of Harry Houdini

Magician and escape artist Lee Terbosic will present a very special Houdini-themed show at his Liberty Magic Theater in Pittsburgh from October 23 to November 3, 2019. Below are details. 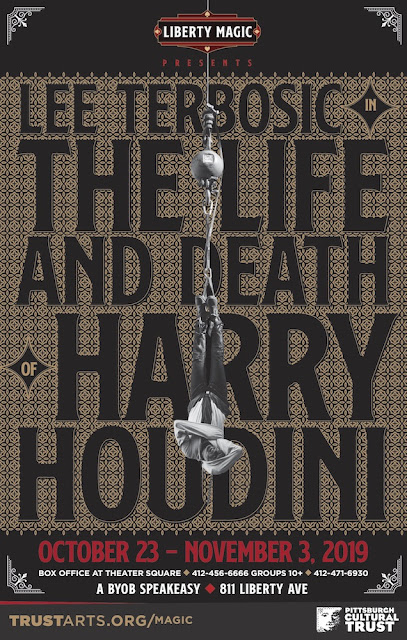 Join Lee Terbosic, widely considered one of the foremost magical experts on Houdini, as he explores the mysteries surrounding Houdini's astonishing life and death.

In this special LIMITED ENGAGEMENT event, Lee will lead audiences through an exploration of some of Houdini's most magical moments. The 75-minute performance, part lecture, part Q&A, part demo, and all magic- will leave you wondering if there was something more sinister afoot on the night of Houdini's passing 93 years ago.

Lee Terbosic is an internationally touring magician, comedian, actor, daredevil and entertainer from Pittsburgh, PA who is proving that anything is possible.


Last month Lee and I shot an interview in the Houdini Seance Room at the Magic Castle that may be part of his show. Lee also filmed in some other exciting Houdini locations, so if you are in Pittsburgh or can get there, this would be the show to see! 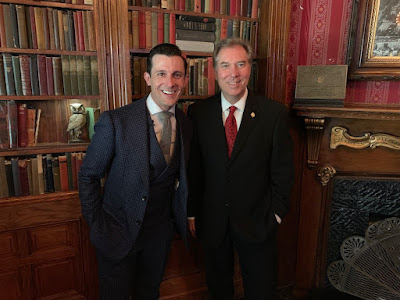