The Sherman Grinberg Film Library has something exciting to show us 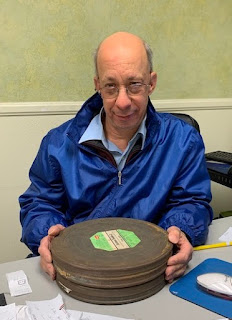 The Sherman Grinberg Film Library, located in Los Angeles, is the world’s oldest and biggest privately held film archive with over 40 moving image libraries, serving Hollywood and the world film community for more than 75 years. Not long ago Lance Watsky, Manager of Media Archives & Licensing, appeared at the Magic Castle Library with something extraordinary. He had discovered in their collection two reels of high quality 35mm film of Houdini. He was hoping the Castle could help identify exactly what this footage was and whether it would be of interest to magic historians. On the night of the last Houdini Seance, librarian Bill Goodwin showed us "Houdini Nuts" the footage. And what we saw blew our minds!
One reel contains an assemblage of footage that is largely known, but the first generation quality is spectacular! The footage is so clear it actually reveals details that have never been visible before, and allows for precise identification that was never before possible. The second reel contains footage that has NEVER been seen and is truly wild! But I won't reveal what that is just yet.
The original plan was to debut this footage, along with our findings, during a special Magic Castle perk last April called "Houdini Lost & Found." This would have been done in conjunction with the reopening of the Castle's new Houdini Seance Experience. But Covid hit and everything was cancelled. With the prospect of the Castle being closed for the rest of the year, we've decided to make "Houdini Lost & Found" an online "Behind the Bookcase" perk for AMA members. This will happen on Thursday, August 20 at 7:00 PM. Behind the Bookcase can be viewed by AMA members on the Magic Castle website.
The footage will eventually be made available to view online, but details are still being worked out.
So get ready to see something very exciting from Lance Watsky and our friends at the Sherman Grinberg Film Library! Harry can't wait. 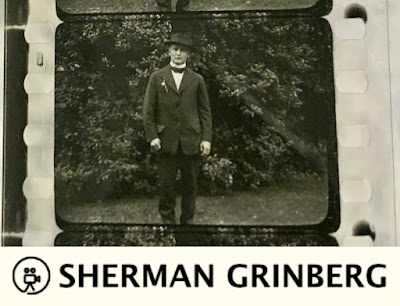 UPDATE: You can now view both reels! REEL ONE | REEL TWO
Related: