Today marks the 100th anniversary of Houdini's Terror Island going into wide release around the country. Below is a collection of reviews from theater owners. These appeared in the trade journal Exhibitors Herald and offer a terrific time capsule of audience reactions. Enjoy! 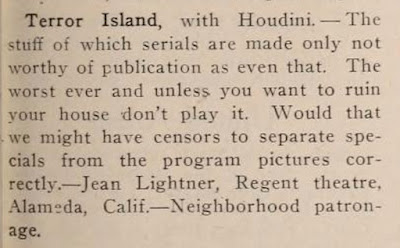 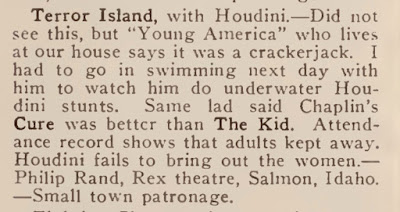 That last line, "Houdini fails to bring out the women", is what I believe ultimately doomed him in Hollywood. The bread and butter of many theaters was attendance by women during the week days when men were at work and children in school. An action star who didn't also appeal to women--as did Douglas Fairbanks and Valentino--would be relegated to serials or programmers. It was in a serial that Houdini achieved his first success. But his problem drawing women began to show with The Grim Game, and Terror Island appears to have confirmed it, despite the popularity and strong role given co-star Lila Lee. So I believe this was enough for Hollywood to cut their losses. As far as Houdini was concerned, he could not escape being a serial star.

Just a reminder to join me TODAY at 11:30am PDT for a live stream on Instagram with the Catalina Island Museum to celebrate the Terror Island centennial! 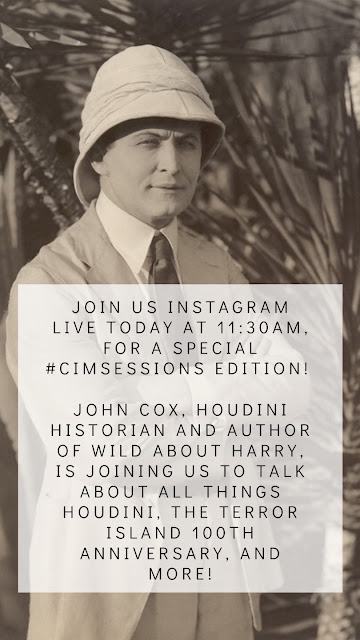