This week's Politico offers up this image of President Trump for a story called Trump's Greatest Escape. The artist has used background elements from Houdini's King of Cards poster and a Grim Game still for the body and chains. Below is the image clean and also how it appears as Politico's online cover. 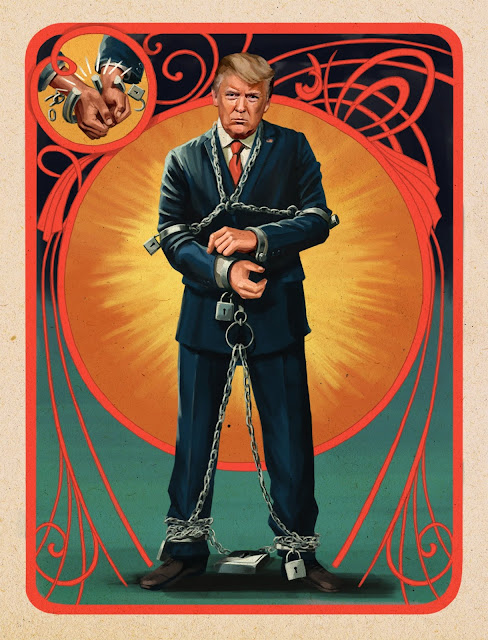 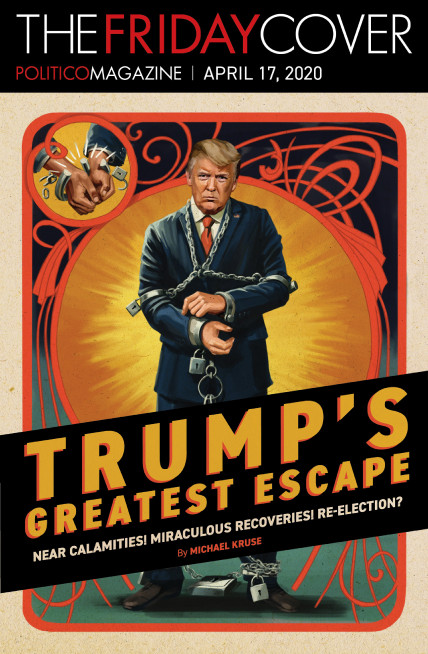 While every president gets likened to Houdini at one point or another, Trump appears to be setting the record. Below are links to a few more Houdini Trumps.