Machpelah of the West 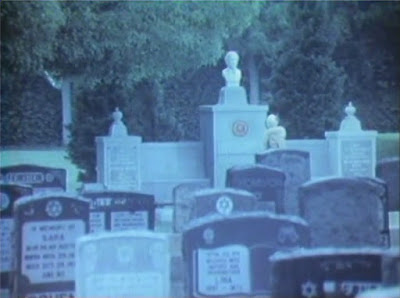 In early May 1976 the Home of Peace Memorial Park & Mausoleum in East Los Angeles doubled for Machpelah cemetery in Queens New York for the ABC television movie The Great Houdinis. Founded in 1853, Home of Peace is the first and oldest Jewish cemetery in Los Angeles. Among those who rest in peace here are MGM head Louis B. Mayer and Curly and Shemp Howard of The Three Stooges.

For the 2-day shoot a corner of the cemetery was dressed with a mockup of the Houdini family plot and exedra. Here the opening scene of the movie was filmed with Sally Struthers as Bess, Vivian Vance as Minnie, Adrienne Barbeau as Daisy White, and Bill Bixby as Arthur Ford. Also shot was a scene in which Paul Michael Glaser as Houdini grieves at his mother's grave while being consoled by Bess. A third scene that didn't make the final cut featured the young Harry and Bess gathering information off headstones for a spiritualism act and then making love among the graves.

I discovered the existence of this location back in 2011 while researching this post, but I've never visited and have long been curious if I could find the exact spot where they filmed. So yesterday I finally made the trip in search of the Machpelah of the West. Below is a video and comparison pics of what I found. Enjoy. 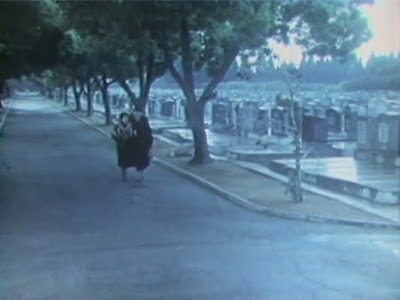 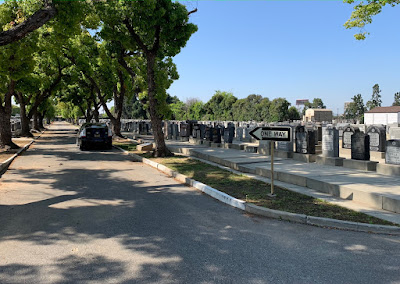 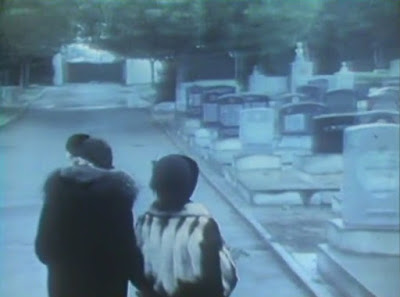 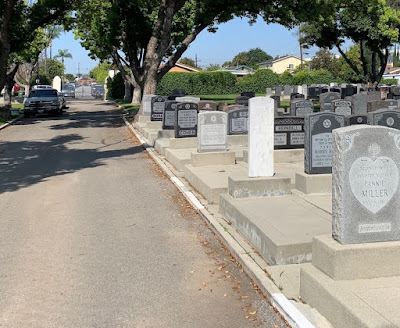 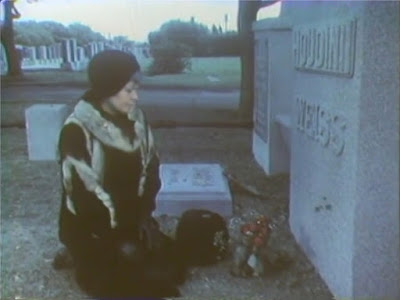 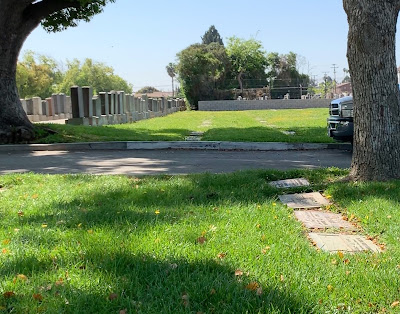 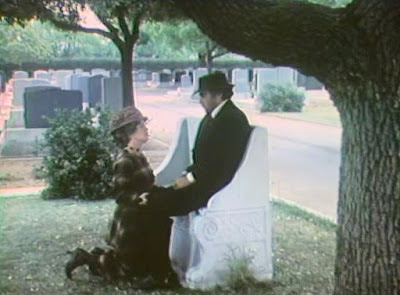 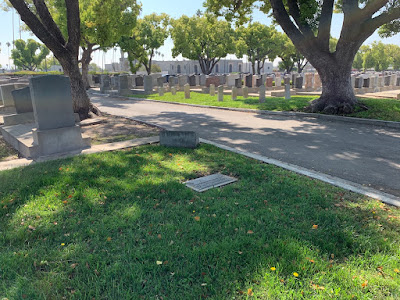 "This place is starting to look like his dressing room." -Minnie