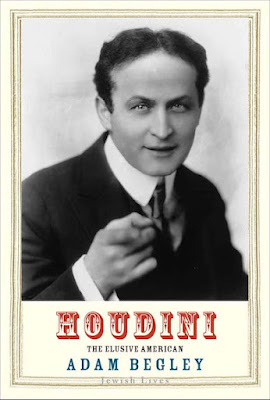 Houdini: The Elusive American by Adam Begley is not a biography out to break new ground. It's an entry level biography in the tradition of Death and the Magician by Raymund Fitzsimons or Houdini Master of Illusion by Clinton Cox. But it is superior to both those books. And even though it is the latest installment in the Yale's Jewish Lives series, it is not a quickie meant to tick the Houdini box. This is a solidly researched, well written biography that clears away the most recent accumulation of myths (no spies or spiritualist assassins to be found) and brings in a few of the most recent discoveries. The end result is a book of refreshing clarity.

At 200 pages, this is not a long book. But it doesn't need to be. Begley touches down on the major beats of Houdini's life with efficiency and a good feel for how much space to give any one incident. His style is also mercifully free of dramatizations and inner monologues. While many of the facts he relates will be familiar to Houdini buffs, there are a few nuggets that will be new (at least they were new to me). For example, Begley states that the first manacled bridge jump was performed by a British magician in Great Yarmouth in 1901. He says Houdini rebuilt the Margery Box "with ingenious Houdini alterations" for his later stage demonstrations. He also identifies H.P. Lovecraft and C.M. Eddy as being present at the 1926 dinner in which Bess got her famous ptomaine poisoning. 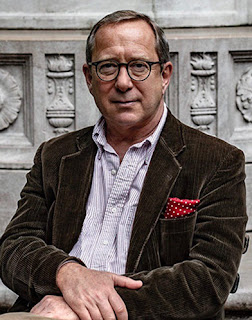 Begley also regularly weaves in how Houdini's Judaism may have played a role in his story, although when it comes to religion the author admits, "It's much easier to say what he wasn't than to say what he was." Still, Begley's insights during these interludes are welcome. He notes that The Torah expressly forbids seances ("Let no one be found among you...who is a medium or spiritist or who consults the dead"). While maybe not a motive in Houdini's own hostility towards the Spiritualism, it does help explain why spiritualists so often reacted to Houdini with both open and coded antisemitism (insisting on calling him "Mr. Weiss" for example).

A few errors do creep in. But there's no such thing as a Houdini book without errors, and they are all minor and will only be of consequence to the nitpickers. Overall, the book seems very carefully fact checked.

One criticism might be that the book doesn't relate the details of many of Houdini's challenge escapes. While we get nice coverage of his handcuff and jailbreaks, the book seems to skim past the more elaborate public challenges and lands quickly on the Milk Can and USD. (I recall no mention of the Sea Monster challenge.) I was also disappointed that Begley defaulted to a conventional and familiar telling of Houdini's final days and death that one can find in any standard text. Maybe he wanted to avoid the minefield of speculation, but I was hoping for at least a mention of the contract clause.

Begley's final chapter, "Ever After", assesses Houdini's continued fame and those who have tried to explain the psychological underpinnings of his art or turn him into a fashionable metaphor. Like the rest of his book, Begley's own conclusion is frank and straightforward:

Houdini wasn't trying to make a case or send a message or save Europe's Jews. He wasn't enacting a political or philosophical drama about liberation, let alone liberty. That kind of statement is spectacularly absent from the actual performance and from his own remarks. He liberated only himself.


Houdini: The Elusive American is a solid and serious biography by a fine writer. For me, it's like a symphony that I know well; but it's so exquisitely executed that it still provides joy and a sense of discovery. It's worthy of its place on the shelf as the most current Houdini biography.

Purchase Houdini: The Elusive American at Amazon.com and pre-order at Amazon.co.uk (UK release date May 12).