A companion book for the Houdini episode of the PBS Kids series Xavier Riddle and The Secret Museum is released today by Penguin Young Readers. 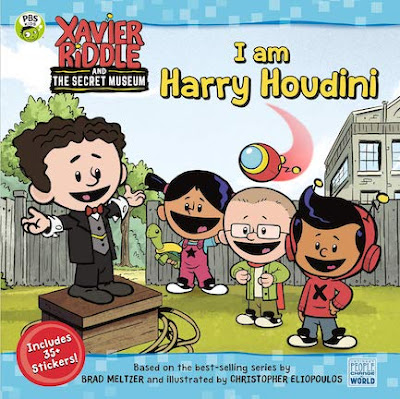 Based on the children's book series Ordinary People Change the World by New York Times bestselling author Brad Meltzer and illustrator Christopher Eliopoulos, the series will introduce kids to inspiring historical figures and the character virtues that helped them succeed.

Brad is too scared to spend a full night in the museum's nature exhibit so the Secret Museum sends him and his friends to meet Harry Houdini! This episode-based 8x8 will focus on the traits that made our heroes great--the traits that kids can aspire to in order to live heroically themselves.


I Am Harry Houdini can be purchased on Amazon.com and Amazon.co.uk (UK release May 1).