LINK: The Man From Beyond in Farmington

Joe Notaro has joined Sean Doran in the hunt for filming locations from Houdini's The Man From Beyond. Joe has turned up two remarkable articles that reveal details about the crew filming in Farmington, Connecticut, on May 8, 1921. 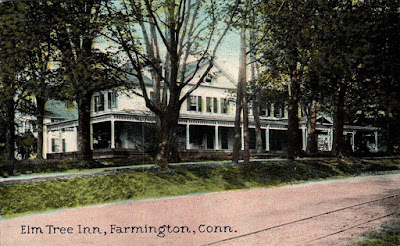 Among the finds is that the company stayed at the historic Elm Tree Inn (above) and filmed scenes at the Winchell Smith dam on the Farmington river. This is fantastic stuff (and gold for my 1921 chronology), so click the headline and have a read at Harry Houdini Circumstantial Evidence. You can also check out Sean Doran's recent discoveries below.

Email ThisBlogThis!Share to TwitterShare to FacebookShare to Pinterest
Tags: [History], 1921, Filming locations, Links, The Man From Beyond (1922)