Rapper who went by "Houdini" killed in Toronto

A Canadian rapper who called himself "Houdini" has been shot and killed in an ambush attack in Toronto. He was 21.

According to a report in the Mirror--which used the headline "Houdini Dead"--the rapper, whose real name is Dimarjio Antonio Jenkins, was one of Canada's most streamed independent rappers with 19.2 million plays on Spotify in 2019.

Ironically, Houdini said he would not reveal how he received his name until "later in life" when he became more successful.

UPDATE: The Toronto Sun is catching flack on Twitter for this headline: 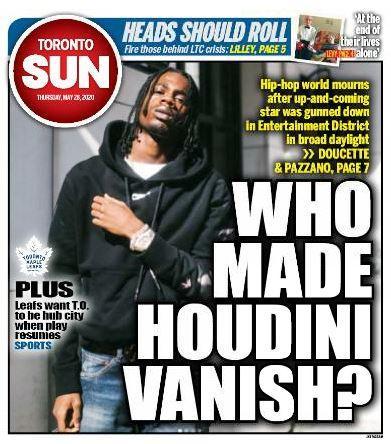