Four sell sheets for Houdini's 1918 serial, The Master Mystery, have sold on eBay for $200 apiece. These adverts -- which would be tipped into entertainment trade journals and were targeted to exhibitors (theater owners) -- feature artwork that is different from the three beautiful sell sheets Arthur Moses allowed me to share here on Wild About Harry back in March. Man, I love these! 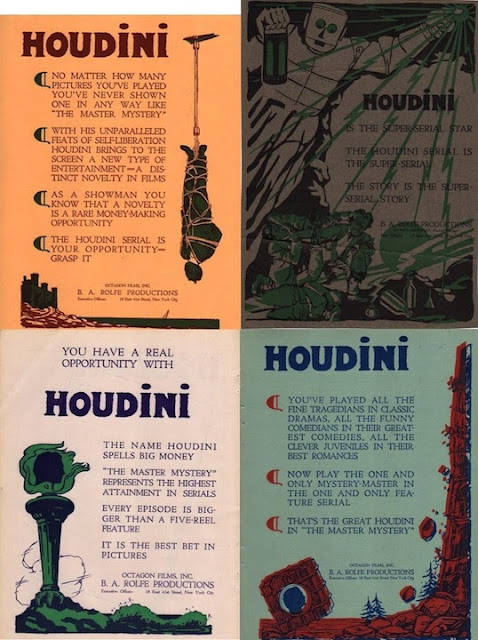 The number of these beautifully crafted sell sheets speaks to how aggressively producer B.A. Rolfe and his Octagon Films worked to sell "The Houdini Serial." The hard work apparently paid off. The Master Mystery is reported to have been Houdini's most financially successful film. However, its success did not save Octagon Films from bankruptcy, and Houdini would later have to sue to receive his promised share of the profits.
Written by John Cox at 10:39 AM