Lady Gaga gives Houdini a nod in her latest video 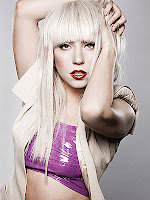 It looks like Lady Gaga has joined the ranks of Kate Bush and Gwen Stefani in drawing inspiration from Houdini. According to MTV.com, in her latest video, Yoü And I, we'll catch a glimpse of Gaga inside her version Houdini's Water Torture Cell. I love it when this happens!

The video will makes its TV premiere tonight at 7:49 p.m. ET/PT on MTV and Logo, followed by a live Q&A with Gaga on MTV.com.
Written by John Cox at 10:19 AM