When Houdini came to Hollywood in 1919 to make his two films with Famous Players-Lasky, he and studio publicity men apear to have traveled around Los Angeles taking a series of dramatic photos of Harry in quintessential "Houdini-like" escape action. He was lashed to telephone poles and buzz saws, canon wheels and steam trains. I love these because it's the Houdini of the imagination, and I've come to call them the "Extreme Houdini" series. Many of these have come down through time as actual Houdini escapes and not the Hollywood fabrications that they really were. Hey, I won't tell if you don't.

Here are a selection of "Extreme Houdini" shots. Enjoy. 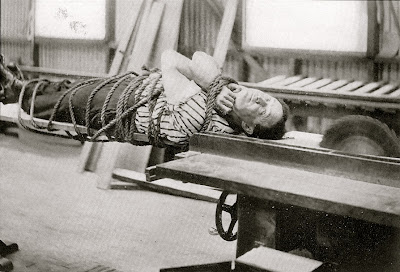 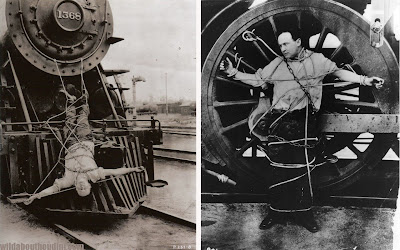 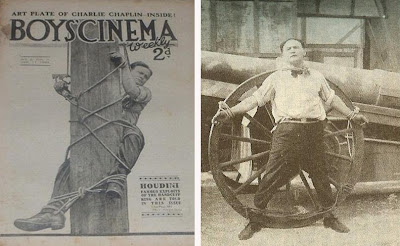 Hollywood could never resist putting Houdini in front of a buzz saw, even 27 years after his death. In this instance it's Tony Curtis in the 1953 movie, HOUDINI. 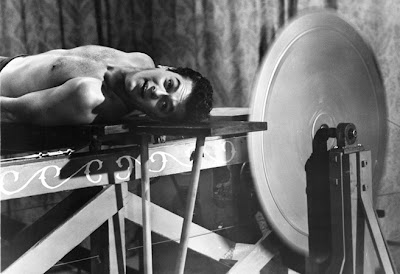