Houdini's life membership card to the Benevolent and Protective Order of Elks (B.P.O.E.) has sold in auction for $1,800. The twice-signed card reveals that Houdini became an Elk on February 18, 1912. He belonged to New York Lodge #1. 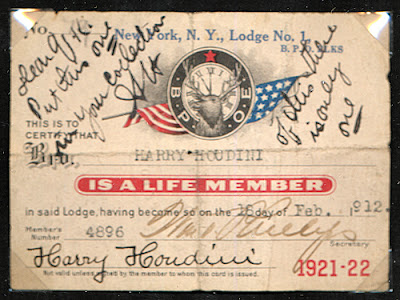