LINK: The Devil's Manor looks at The Man From Beyond 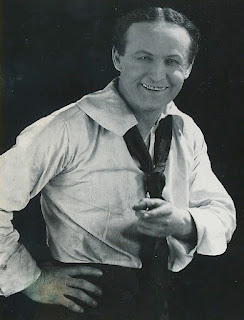 The Devil's Manor -- a blog devoted to Classic Horror and Fantasy Film by "Bob the Caretaker" -- has updated with a very well-researched article about Houdini's 1922 film, The Man From Beyond.

The article observes correctly that, "Though it never takes sides on the issue, it is the only one of Houdini's several film projects that even attempts to tackle an explicitly metaphysical theme alongside his more familiar acts of derring-do."

It's nice to see Houdini's films celebrated, or at least recognized, as contributions within their own film genres and not just as magic history curiosities.

Click on the headline or here to visit The Devil's Manor.
Written by John Cox at 8:38 AM

Email ThisBlogThis!Share to TwitterShare to FacebookShare to Pinterest
Tags: Links, Movies, The Man From Beyond (1922)