Isla Fisher gets her Houdini on

The Hollywood News has posted this image of Isla Fisher under the headline, "Isla Fisher Is The New Houdini In Now You See Me". 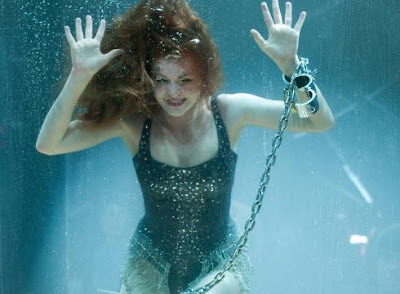 Directed by Louis Leterrier and due for release in January 2013, Now You See Me focus on a band of illusionists who become the target of the FBI after it's discovered that they rob banks while performing their acts. The film stars Morgan Freeman, Mark Ruffalo (who played Hardeen in 1998's Houdini), Woody Harrelson, Jesse Eisenberg, Michael Caine, and Isla as, presumably, the escapist of the team.
Written by John Cox at 11:40 AM