Houdini photo frees up $364 on eBay

This sensational 5x7 photo of a young Houdini escaping from a roped chair sold on eBay yesterday for $364. I knew this one was going to fetch a nice price, and I wasn't wrong. On the back is written: "Houdini removing rope from around his neck to prevent strangulation." This is almost exactly the caption that appears on this photo in Kellock. There the photo is credited to "Coover and Rasmussen, San Francisco" and dated 1898 (likely a mistake -- Houdini was in SF in 1899).

It's intriguing to think this might be the original source photo for that book. The seller states this is from the 1920s, but after Houdini's death. Kellock was published in 1928. 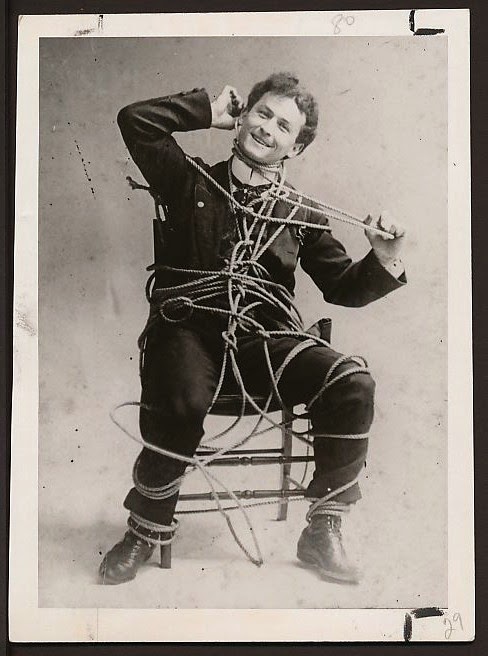 Congrats to the winner of this beautiful, and potentially historic, photo.
Written by John Cox at 6:50 AM