It's funny how we're suddenly getting stories about fictitious Houdini offspring. Last week saw the release of a novel featuring Houdini's daughter. Now we have a preview of an upcoming independent graphic novel, After Houdini, starring Houdini's son. Of course, Houdini didn't have a son, but that's what makes it fantasy! 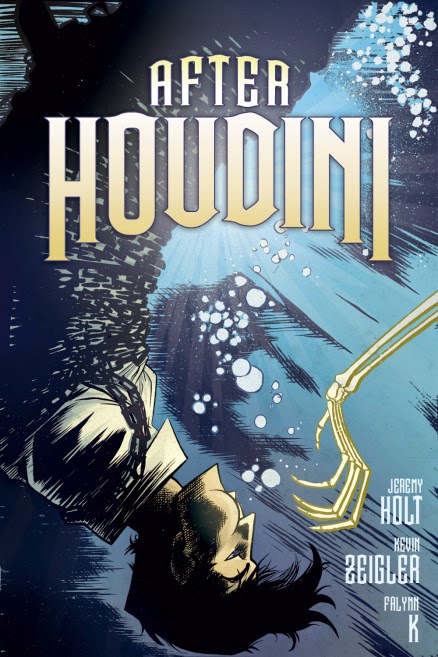 Author Jeremy Holt recently posted the above cover image on his blog and writes:

"I wanted to share a very special preview of the new cover for my series After Houdini. I’ve revised the title due to the fact that I don’t want readers to be confused with the fact that the protagonist on the cover is NOT Harry Houdini, but his son Josef.

We’ve received very strong interest from some big publishers, so check back here for further developments."


Here's hoping we'll all get to enjoy the adventures of Josef Houdini sooner than later. And if you're curious what the original cover looked like, just click here. You can also see some preview pages from After Houdini at Graphic Policy.

UPDATE: Amazon shows the book will be released in April 2017 and can be pre-ordered here.
Written by John Cox at 10:10 AM