This poem by MacKinlay Kantor appeared in the Chicago Daily Tribune on November 2, 1926, just two days after Houdini's death. It's a moving piece and I think testament to just how incomprehensible it was to people in 1926 that The Great Houdini was gone. 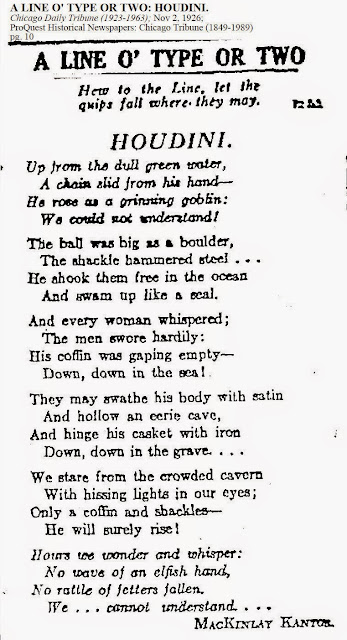 I especially like the reference to Houdini as "a grinning goblin." Modern depictions of Houdini tend to portray him as humorless, intense, and ultra serious. Yet if you watch film footage of the real Houdini he is constantly grinning with a real twinkle in his eye. To the public who knew him when he was alive, I think the description of Houdini as "a grinning goblin" would be very familiar. 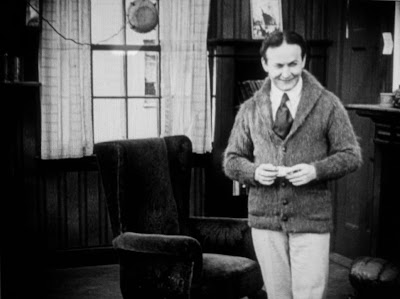 Thanks to magician and Houdini lecturer extraordinaire William Pack for sharing this discovery.
Written by John Cox at 1:42 PM