Today sees the release of Sherlock Holmes vs. Harry Houdini issue #2 written by Anthony Del Col and Conor McCreery with artwork by Carlos Furuzono. As with issue #1, Dynamite has released the graphic novel with different covers (below). 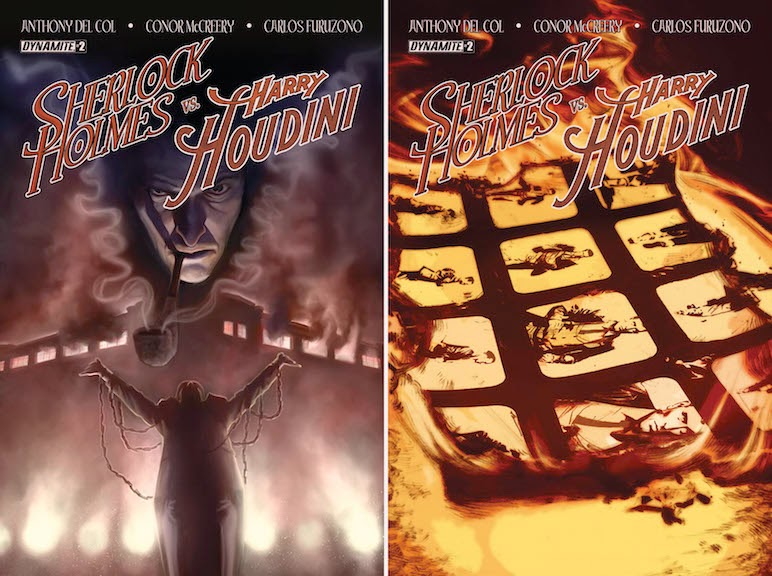 After Harry Houdini's opening night performance is undone by a grotesque murder, he clashes with Sherlock Holmes when Holmes refuses to allow the legendary magician to help bring the perpetrator to justice. But the proud Houdini won't take 'no' for an answer, leading to an epic game of cat-and-mouse in London's dangerous streets.


Purchase& Sherlock Holmes vs. Harry Houdini #2 at the Dynamite website or Amazon.com. Issue #3 will be released on December 10.