Here's an item from the April 17, 1976 issue of The High Point Enterprise announcing the signing of Paul Michael Glaser as Houdini in the ABC biopic, The Great Houdinis. Why is this interesting? Because look who made the announcement: Michael D. Eisner.


As Vice President, Program Planning and Development for ABC, Eisner would have been one of the key decision makers responsible for making The Great Houdinis happen. Until I found this clipping, I had no idea he was involved.

Of course, Eisner went on to run the Walt Disney Company from 1984 to 2005 and became one of the most powerful men in show business. Interestingly, it was during Eisner's tenure that Disney produced Young Harry Houdini with Wil Wheaton. Eisner even personally introduced the movie on March 15, 1987 (view clip here).

It appears the mighty Mr. Eisner understood the appeal and power of Houdini throughout his career. 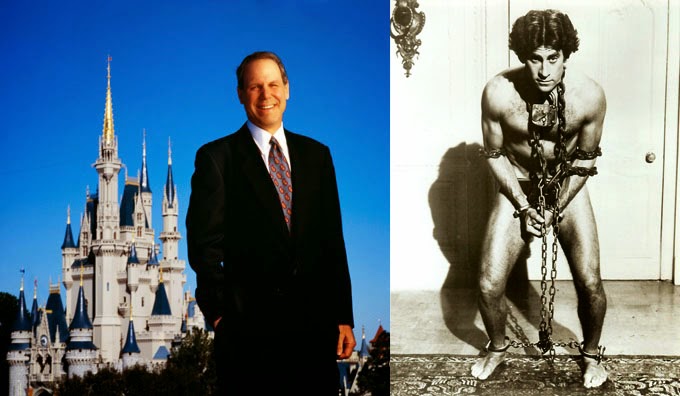