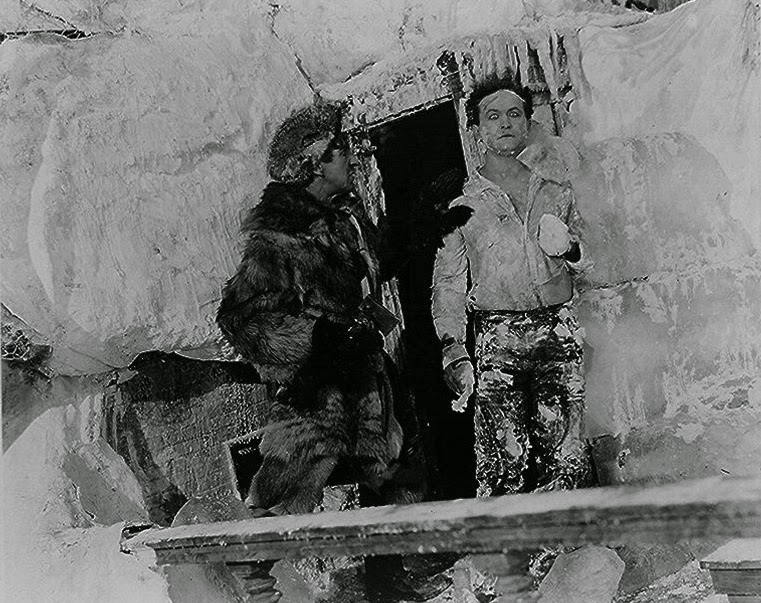 Only a few weeks after Houdini announced the formation of his new Houdini Picture Corporation in April 1921, he announced his first film. But what we now know as The Man From Beyond originally carried a very different title. On April 16, 1921, the Boston Post announced:

The title The Far North might have been an attempt by Houdini to link his film in the minds of moviegoers to the popular 1920 D.W. Griffith movie, Way Down East. That hit film also featured a climax in the which the hero saves the heroine from river rapids and a waterfall. Later publicity would repeatedly liken Houdini's own Niagara Falls climax to that of Way Down East, touting it as being even more exciting. The two films even had similar posters. So maybe it's not a coincidence that, in the beginning at least, they had similar titles. 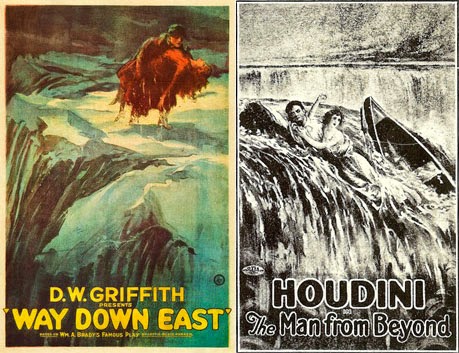 It appears Houdini's film carried The Far North title well into production. The clip below is from The Coffeyville Daily dated June 3, 1921:

However, a quote from Houdini himself while filming in Niagara Falls a month earlier suggests that The Far North might have only ever been a working title and the real title was being kept secret:

When the film was completed in June, the final title was revealed as The Man From Beyond. This is the earliest mention I could find from the Brooklyn Eagle on July 20, 1921:

The Man From Beyond wasn't the only Houdini movie to undergo a title change during production. The Grim Game was originally called Circumstantial Evidence and Terror Island was Salvage. Interestingly, when Houdini announced his next Houdini Picture Corporation production on July 26, 1921, it was with the "temporary" title Haldane of the Secret Service. But this turned out to be the one title that took. 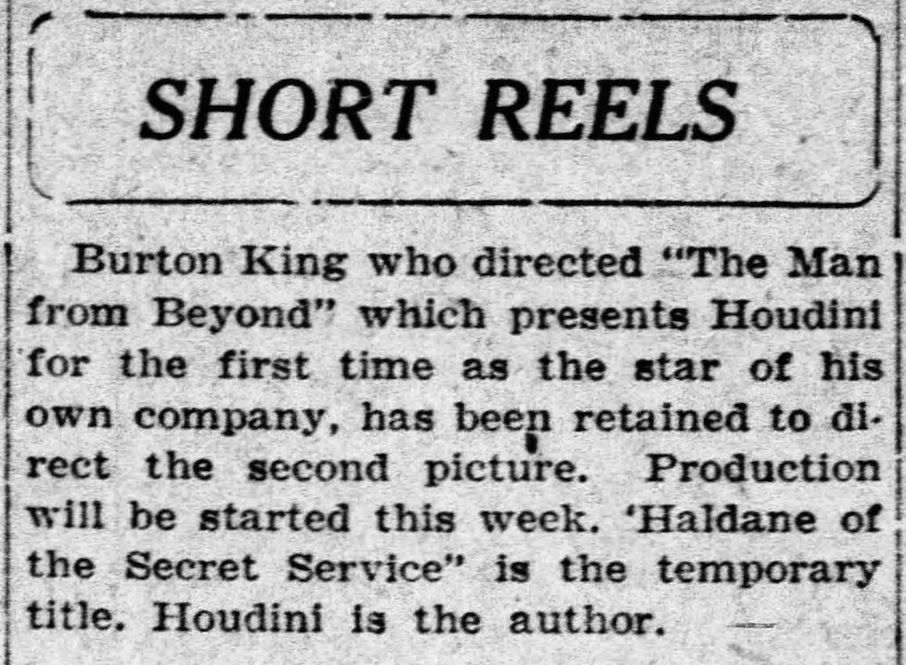 Thanks to Joe Notaro for alerting me to this alternate title on his blog Harry Houdini Circumstantial Evidence.

Email ThisBlogThis!Share to TwitterShare to FacebookShare to Pinterest
Tags: [History], 1921, Haldane of the Secret Service (1923), Houdini Picture Corp., Movies, Niagara Falls, The Man From Beyond (1922)