The second book in Marty Chan's The Ehrich Weisz Chronicles, Infinity Coil, is now available for pre-order on Amazon.com. The book is due for release on March 1, 2015. Here's a description: 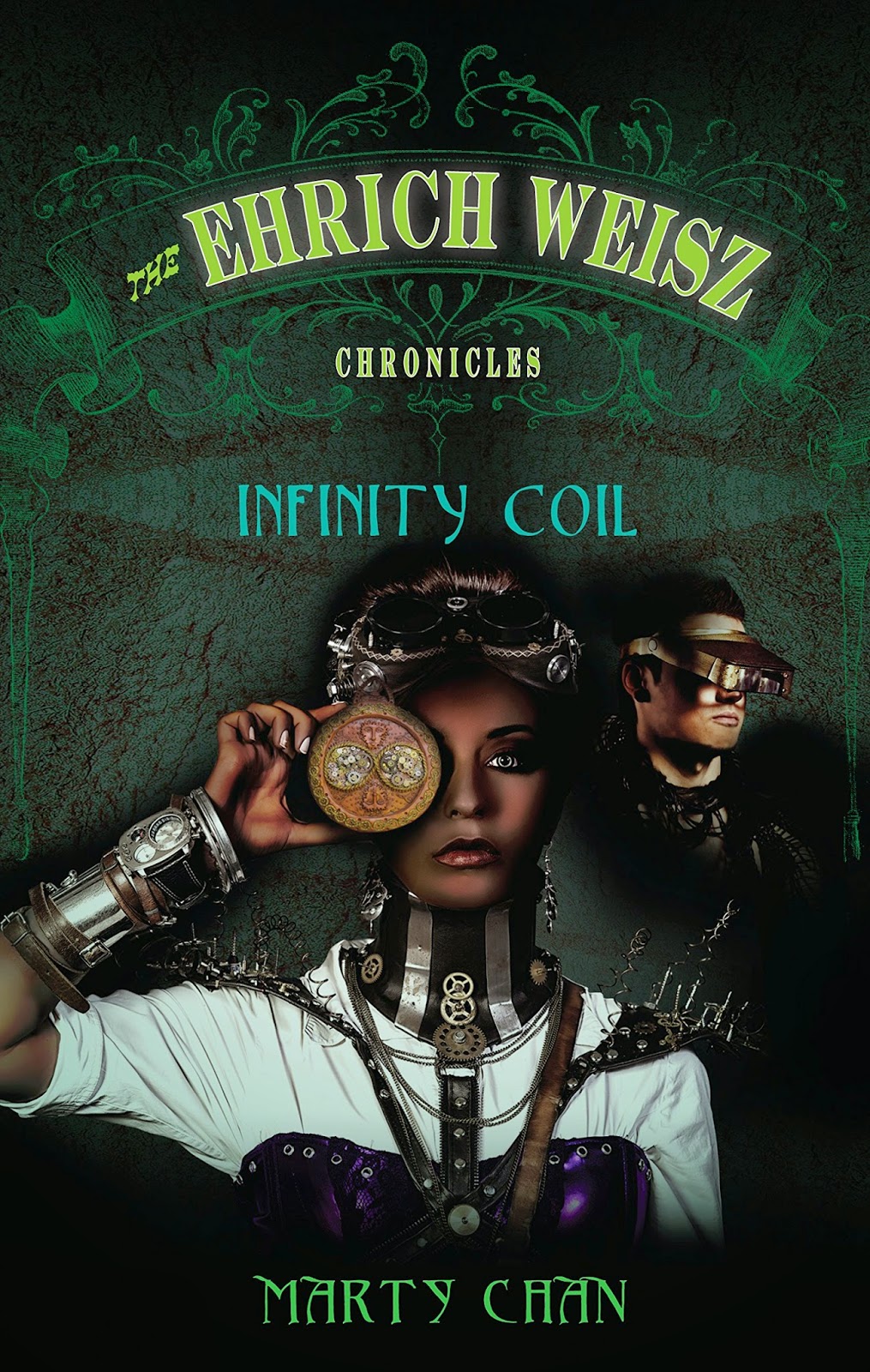 Ehrich Weisz, Demon Hunter was introduced to steampunk fans in Demon Gate. Now, he is continuing his increasingly desperate quest to rescue his brother in an alternate universe in the sequel, Infinity Coil.

Now a fugitive from Demon Watch, young Ehrich Weisz hides in the underbelly of an alternate New York where immigrants from other dimensions mingle among Americans. Amid growing racial tensions, Ehrich searches for Kifo, the man who stole his brother's mind and locked it inside an ancient medallion. He poses as a stage magician to draw out Kifo's next target—the commissioner of Demon Watch. In the wings, an army awaits Kifo to accomplish his mission so interdimensional soldiers can invade New York. Ehrich is willing to risk the outbreak of war to save his brother, but he must decide whether or not he can betray his friends.