Houdini's great powers and abilities, and as far as I know, did not come from the bite of radioactive spider nor a need to avenge the murder of his parents. However, this hasn't stopped him from ascending to the level of a "superhero" in our culture.

While Houdini himself started this trend with pulp stories such as Imprisoned With The Pharaohs, some of the most colorful depictions of Houdini as a superhero (and even super-villain) can be found in the pages of comic books. This one-pager from the January 1977 issue of DC Super-Stars Of Magic is one of my favorites. While this is a biographical piece, I love that the artwork by Mike Nassar and Terry Austin shows us Houdini in the style of a '70s comic book superhero. Eat your heart out, Doctor Strange! 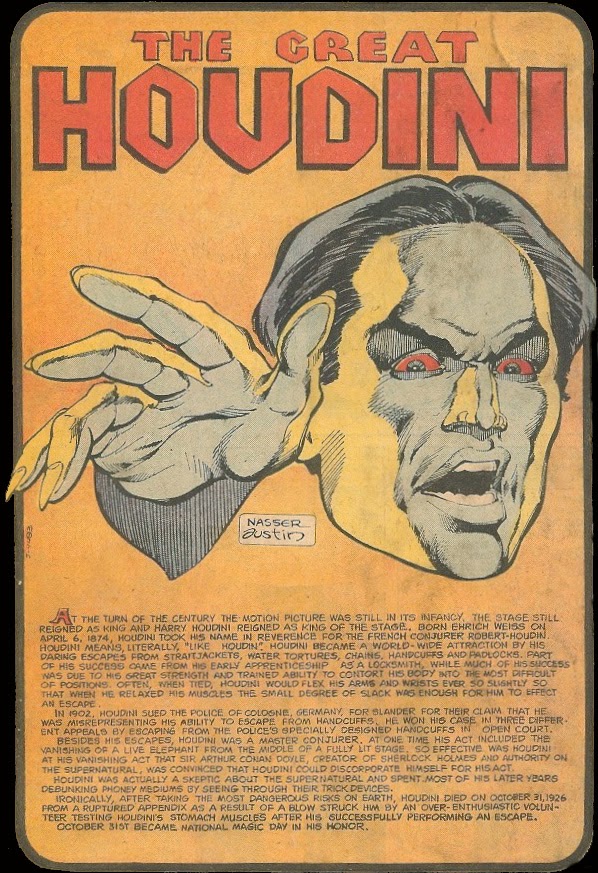 The written copy on this page is uncredited. However, Steven Thompson at the blog Book Steve's Library did a little digging and discovered that the story editor for this issue was Carl Gafford. Thompson contacted the comic artist and writer who told the site:

"I wrote all the text features in the MAGIC ish, and pencilled the hand tricks for the magic features. Vinnie inked my pencils and Joe Letterese did whatever lettering we used, all on staff to save a buck. I colored the Flash reprint and Liz Berube colored the Zatanna reprint, using Tatjana's original coloring as a guide."


Below is the cover of DC Super-Stars Of Magic featuring Zatanna and the Flash battling Abra Kadabra. 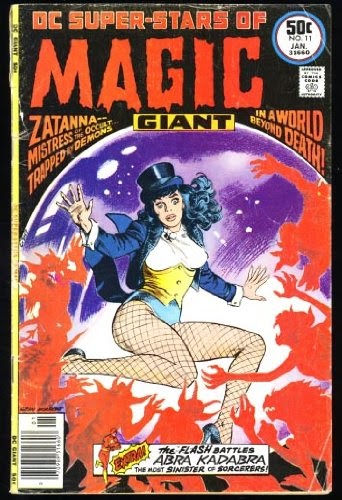 Over the next few weeks, I'll take a look at some more past appearances of "Super Houdini" in the pages of comic books.