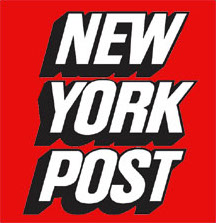 The New York Post has an article by Lou Lumenick about the recovery of Houdini's The Grim Game from collector Larry Weeks. Revealed here for the time time is exactly what Larry had in his possession all these years and what restorationist Rick Schmidlin had to work with. The article states:

"Larry didn’t want to part with the movie at first," Schmidlin recalls. "But he was impressed [that] TCM is affiliated with Warner Bros. Larry appeared in Warner’s film version of This Is the Army, an Irving Berlin GI musical that Larry had toured with during World War II."

What Weeks finally retrieved from an amazed Schmidlin — a complete 16mm copy of the 71-minute film that Weeks had transferred from a 35mm negative in the late 1950s.

"The film was in excellent condition, first frame to last," Schmidlin says. After much discussion, Weeks signed a contract selling the print to TCM for an undisclosed sum.

"He was a tough negotiator," Schmidlin says. "But his last deal made him very happy, and he was gone by September. If we hadn’t gotten to him in time, The Grim Game would have been lost forever."


Click the headline or HERE to read the full article at the New York Post, which also include footage of Larry Weeks at the Houdini wand breaking ceremony in 1985.

The world premiere of TCM's restoration of Houdini's The Grim Game will take place at the Hollywood Egyptian Theater next Sunday, March 29, at 8:15pm.