The Story of Harry Houdini 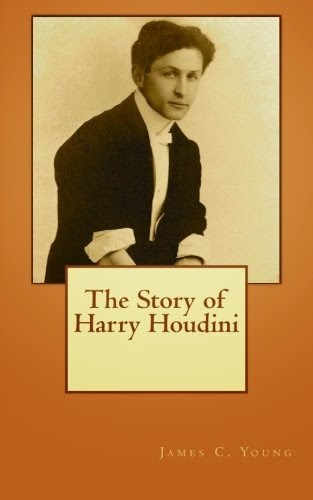 The Story of Harry Houdini by James C. Young is a 20-page booklet that consists of three newspaper articles originally published in The New York Times during Houdini’s lifetime.

"A Brief Biography of Harry Houdini" is from The New York Times, January 13, 1918.  "Houdini, Mediums and Seances" is from May 7, 1922. The book concludes with "Thrown Overboard Manacled in a Box", a July 8, 1912 account of his first overboard box escape in New York Harbor. This book is not illustrated.

There isn't anything here that can't be found elsewhere or online for free -- such as at Tom Interval's amazing Houdini in the New York Times website -- but at $5.99, it's not a bad resource to have on the shelf for quick research.

Purchase The Story of Harry Houdini on Amazon.
Written by John Cox at 8:22 AM