'The Man From Beyond' lobby display sells in auction

A remarkable original lobby display painting for Houdini's The Man From Beyond sold today at RR Auctions for $10,900 (lot #3019). This is one of only four such displays that were owned by Houdini himself. This almost certainly graced the lobby of the Time Square Theatre in NY when the film played there in April 1922. On the back is a return address, presumably a Houdini warehouse. This display, along with other magic rarities in the auction, came from the collection of James Collings. 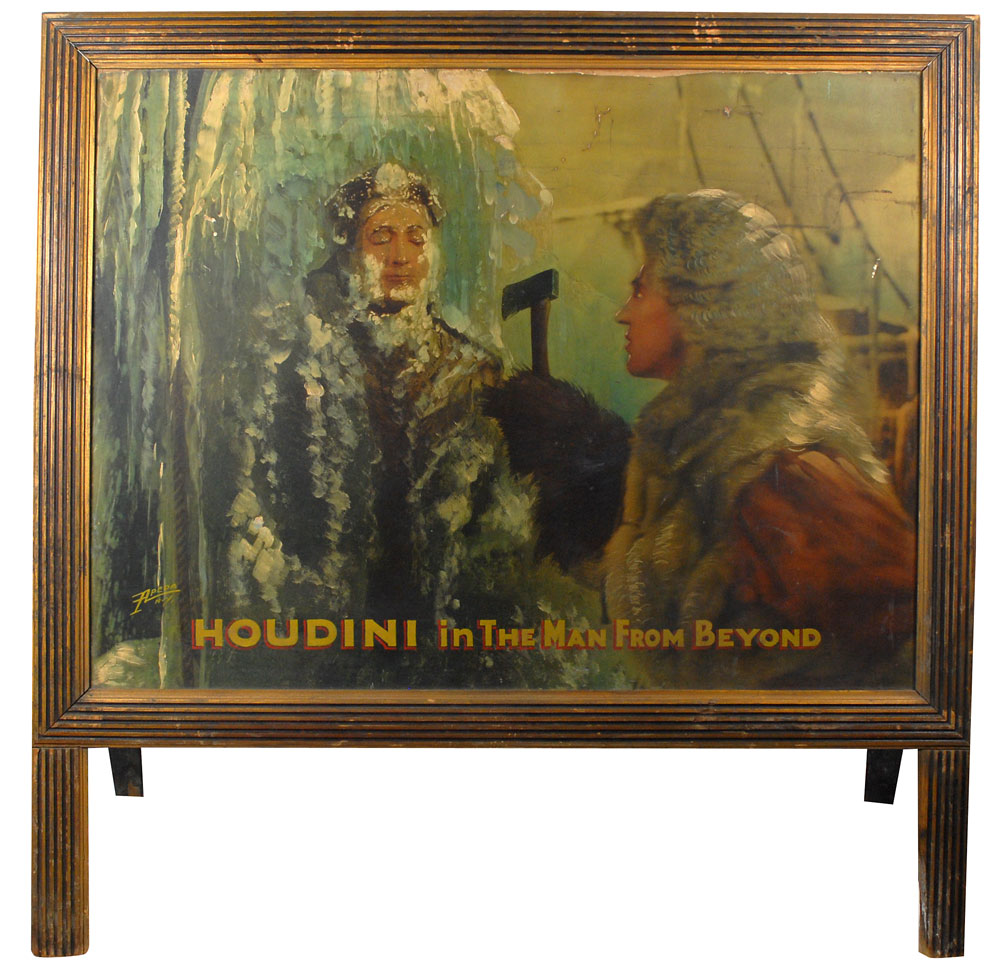 Amazing hand-embellished advertising art for Harry Houdini's 1922 film The Man from Beyond, 39 x 29, showing the discovery of Houdini, who has been frozen in the Arctic ice for 100 years. An actual photograph beneath, Apeda Studio elaborated upon the image with original paint to artistically emphasize details of the ice and other areas, with the addition of hand-painted red-and-yellow lettering at the bottom, reading: "Houdini in The Man From Beyond." The art is presented in what seems to be the original easel display, measuring 45″ tall, labeled on the backing of the poster in blue pencil: "Return To: Houdini PC, 220 West 42 St, New York." In very good condition, with noticeable chips and paper loss to the top edge, and general scattered chips and dings to the surface. Accompanied by a letter from a previous owner, noting that this poster was acquired from the cache of Houdini's personal items discovered and sold in Allendale, New Jersey, in 1980; also accompanied by a pressbook for the film. Also includes a massive wooden case. This advertising artwork would have been displayed on stage with Houdini, or in theater lobbies to promote The Man from Beyond. In 1921, Houdini formed the Houdini Picture Corporation (the “Houdini PC” noted on the reverse of this display), which only produced two films—The Man From Beyond and Haldane of the Secret Service. These original pieces of Houdini advertising art—which were props belonging to the magician himself—are quite scarce and rarely offered publicly; the impressive size and unique hand-painted aspect of this example makes it extraordinarily desirable.


If this display looks familiar, it should. At my "Houdini in Hollywood" event at Hollywood Heritage last year, I was able to showcase one of the other The Man From Beyond lobby painting displays from the collection of Mark Willoughby. As I said at the time, it was the star of the show.

Other items of note...

A collection of 10 original glass negatives (lot 3018) sold for $2,600. Some of the photos I've never seen, including one showing Houdini with his dog Charlie in his lap (below). 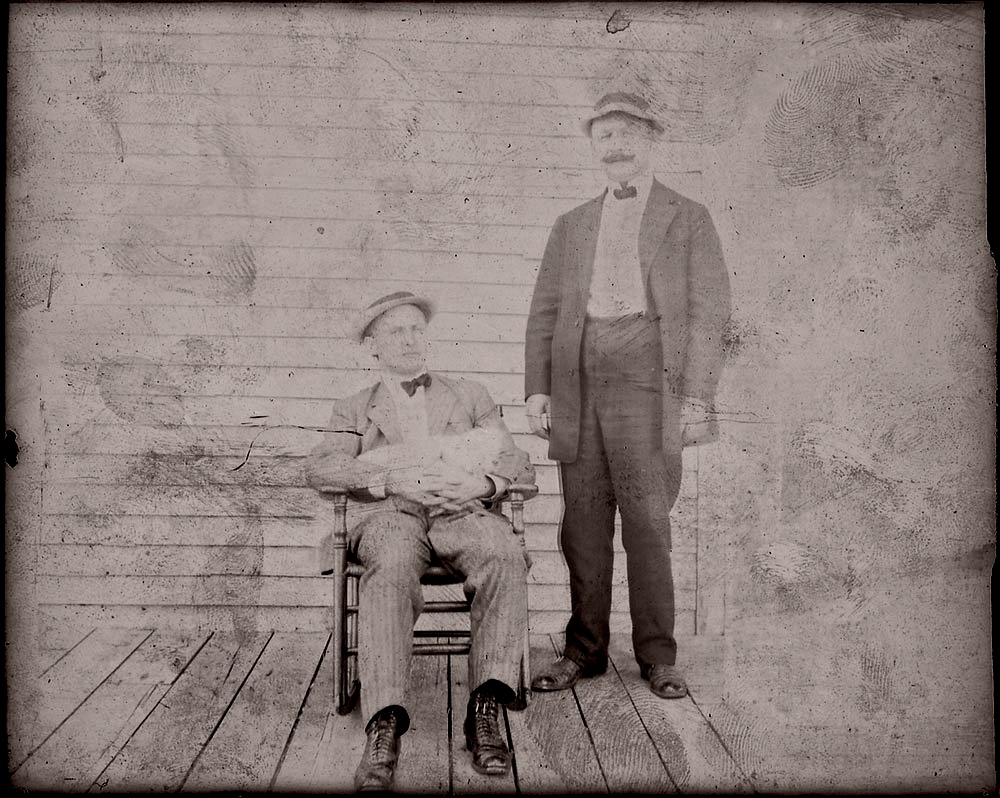 A remarkable letter in which Houdini talks about his Vanishing Elephant illusion -- "I vanish 12 elephants per week, and twill be hard to continue, as they may get scarce" -- (lot 3017) sold for a surprisingly low $932.

Houdini's original hand corrected manuscript for his revised edition of A Magician Among the Spirits (lot 3020) reached $38,000 before it was Passed. Presumably it didn't meet the reserve. This isn't the first time this manuscript has cycled unsold.

Overall, prices realized were on the low side. Some deals today!