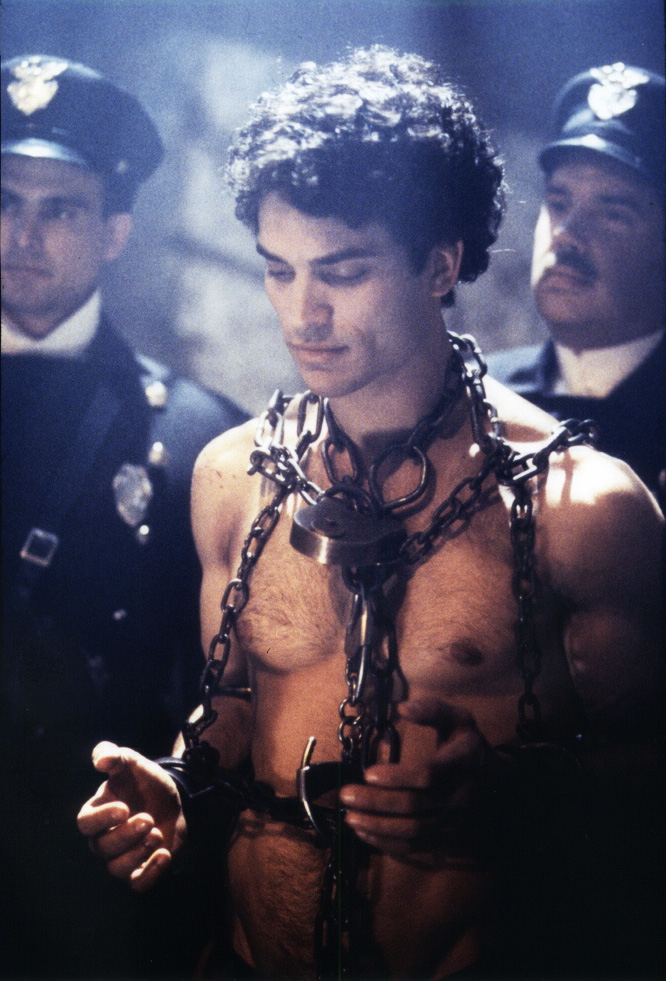 Shockya.com has an exclusive interview with actor Johnathon Schaech, who is currently starring with Bruce Willis in the VOD series, Vice. Of course, we know Johnathon as the man who played Houdini in the 1998 TNT cable film, Houdini, opposite Stacy Edwards as Bess and Mark Ruffalo as Theo.

Schaech only mentions Houdini in passing ("When I played Harry Houdini, I studied magic for most of the shooting schedule"), but it's nice to catch up on what the hard working actor has been doing post-Harry.

Schaech's Houdini was released on DVD in 2013 and can be purchased at Amazon.com.