A reader remembers 'Man of Magic' 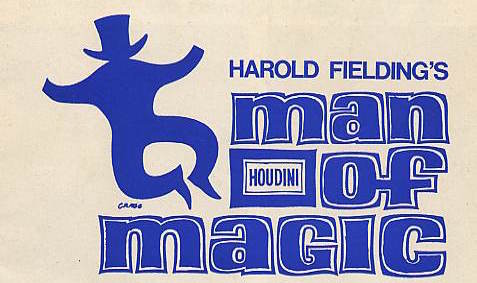 For those still grieving the loss of the Houdini Broadway musical, here's a taste of what could have been. Man of Magic was a lavish Houdini musical that played London's West End in 1966. It starred Stuart Damon as Houdini, Judith Bruce as Bess, and Stubby Kay as Houdini's manager. It closed after 126 performances.

A reader, Alan, recently left this wonderful comment about his experience seeing the musical when he was a boy:

"I saw this show in London for my 13th birthday. That's a long time ago now. I had a copy of the original cast recording which I foolishly sold a long time ago. I came across this site while searching for a replacement.

I still have vivid memories of this production. It opened, as far as I can remember, with a spotlight shining through the gauze curtain, which I think was painted to resemble a Victorian theatre safety curtain, to reveal Stuart Damon as Harry releasing himself from handcuffs and chains.

My other vivid memory is of the Brooklyn Bridge scene. As far as I recall the scene started with the cast portraying a crowd of onlookers on the bridge itself then just before Houdini is hoisted in the air some stage hands came onstage from the wings holding large spotlights that they pointed directly at the audience. While being blinded for a few seconds the stage was transformed to reveal the large model of the bridge populated with small puppet people and carriages and the puppet Houdini performing his escape suspended form the bridge. I remember the puppet actually shedding his straitjacket. The whole scene was a wonderful feat of stagecraft for the time. 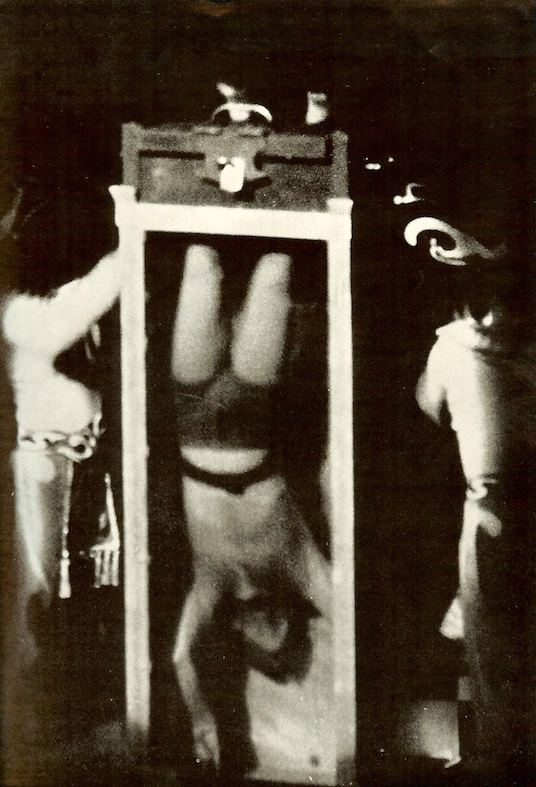 My other memory is of the Chinese water torture. I remember noticing how the switch was made when Timothy Dill-Russell took the place of Stuart Damon. Chorus girls came on stage with Chinese screens and crossed back and forth across the stage. On one of these passes, Timothy Dill-Russell swopped places with Damon and Damon went off stage behind the screen. Because Timothy Dill-Russell was then hauled upside down to be lowered into the tank it was easy to disguise the fact that it was a different man. It’s difficult to recognise someone when there face is upside down!

Just seeing a Broadway icon like Stubby Kay live on stage was also so memorable.

Having owned the cast LP, the tracks you have posted seem really familiar even though I haven’t head them for maybe 30 years. Thanks for bringing back fond memories."


I originally posted these musical clips from the Man of Magic LP individually last year. But as they nicely compliment Alan's memories, here they are collected together for your musical enjoyment.

Eat your heart out, Hugh Jackman!


Thank you Alan for sharing your memories.