My favorite magicians (and magic thinkers), Penn & Teller, are back on Broadway for a six week run July 7 to August 16. This will be their first appearance on Broadway in 23 years. This paragraph from Playbill gives a taste of what to expect:

One stunt involving "a vanishing, African-spotted pygmy elephant" has been six years in the making. "It's really a goofy comedy bit, but it has in it the hardest magic we've ever done," beams Penn. Teller's pride and joy is a Harry Houdini hand-me-down — swallowing 10 cast-iron needles and horsehair thread and bringing them up threaded. For this particular "acquired taste," he gave up eating razor blades at 20.


Of course, both the Vanishing Elephant and Needles were made famous by Houdini himself, and he prided himself on the fact that he offered both the world's largest and smallest illusions. Now you can catch those again. 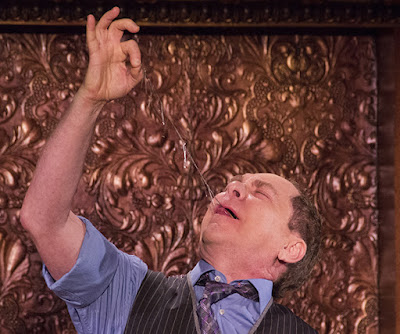 For more information and tickets visit Penn & Teller on Broadway.