The episode of Monument Guys about the creation of Appleton's new Houdini Plaza bust will air on Saturday, July 25 on H2. The episode, "Metal of Honor," was originally scheduled for May 20, but was pulled only hours before broadcast. 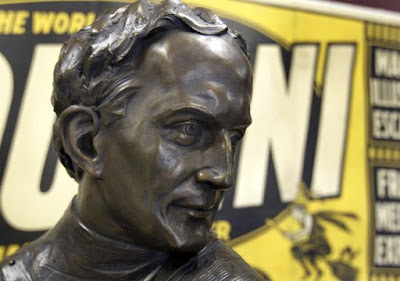 The Houdini bust will officially be unveiled on the weekend of August 27-29 during the Houdini Club of Wisconsin's annual convention in Appleton. The bust is said to contain a "hidden secret" which will be revealed on Monument Guys.

Hopefully this time Houdini will appear!