Follow me at The Official Houdini Seance in San Francisco 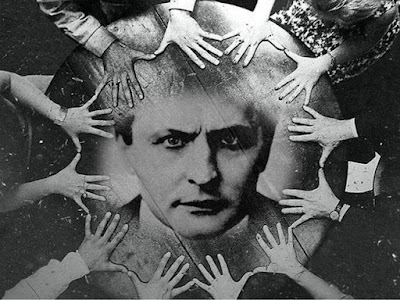 I'm hitting the road and heading to San Francisco for The Official Houdini Seance 2015. This year's seance is being hosted by magician Robert Strong and promises to be a spectacular Halloween event. The day will be made up of three different shows at the historic Brava Theater, with magic by top magicians and discussions about spiritualism and skepticism.

This year's official seance will be unique in that two seances will be held on the stage of the Brava. The first will be an "earnest seance" in which Medium Terrie Huberman will attempt to contact Houdini. If that draws a blank, there will be a "magical seance" presented by Mentalist Paul Draper with guaranteed results.

I'm very excited to part of this year's event. I will be presenting a short history of Houdini's career and of the Official Houdini Seances themselves.

Tickets to the main seance show at 8:00 PM are now sold out. But as of this writing, tickets are still available to the two earlier shows at 2:00 PM and 5:00 PM via the Official Houdini Seance website.

I will not be updating WILD ABOUT HARRY until I return, so I'm embedding my Twitter feed below where I will keep you up-to-date with all the happenings in SF via hashtag: #WildSeance (if you are not seeing the feed, refresh your browser). And should Harry return, expect to hear about that as well: #HoudiniLives!!