Two additional daytime shows have been added to The Official Houdini Seance​ events on October 31, 2015 at the historic Brava Theater in San Fransisco.

2:00 PM: Comedy magician Robert Strong, magician Justin Willman, mentalist Paul Draper, and Brian Allen Brushwood will perform "The Greatest Halloween Family Magic Show of all time!" The show is being presented for The Buddy Club in San Francisco, the Bay Area's longest-running shows for families. Click for more info and the buy tickets.

5:00 PM: Michael Shermer, founder of The Skeptics Society and monthly contributor to Scientific American magazine and Jamy Ian Swiss, world-renowned magician and skeptic, discuss "Skepticism and the Supernatural." This program is being produced by Wonderfest and the Bay Area Skeptics. Click for more info and the buy tickets. 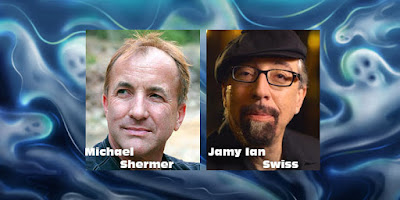 To keep up with all the day's events visit the official website or join the Official Houdini Seance Facebook Event page.