There's a new Houdini biography headed our way in Fall. Houdini: The Life and Times of the World's Greatest Magician by Charlotte Montague runs 208 pages and will be relased by Chartwell Books on September 26. 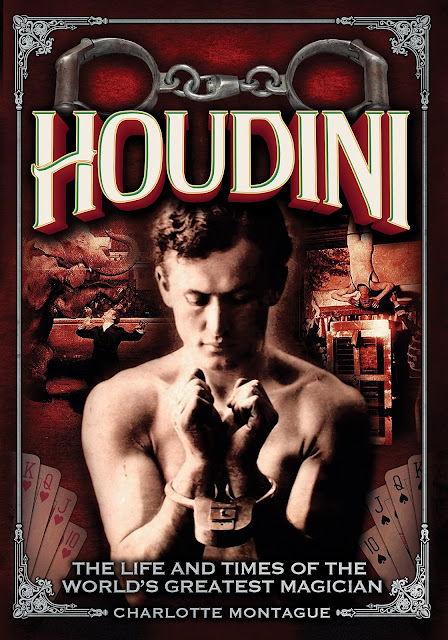 In the early 1900s, Houdini’s handcuff show was a huge sensation which toured the best venues in the USA and Europe, and when audiences demanded more, so he introduced straight-jackets, water-filled tanks, and nailed shut packing crates.

His outdoor spectaculars became increasingly elaborate. In the early winter of 1906, he leaped manacled from the MacArthur Bridge in Detroit, MI, freeing himself from two pairs of handcuffs beneath the icy waters. Houdini's mega-star status allowed him to fly airplanes, star in his own movies, write and publish his own books, and even become president of the Society of American Magicians.

You can pre-order Houdini: The Life and Times of the World's Greatest Magician from Amazon.com (U.S.) and Amazon.co.uk (UK).

Below are links to a few other books coming up in 2017.