In 1977, Stuart Pharmaceuticals in Delaware produced a series of Houdini advertising calendars as part of a campaign for their new drug Kinesed ("Working out of tight squeezes."). Each calendar featured beautiful original paintings by James Barkly of iconic Houdini feats.

Below are three calendars that I own. The first is from June 1977 and the painting is a combination of Houdini's 1903 Amsterdam Jail Break poster and one of his famous 1903 "nude" publicity shots. 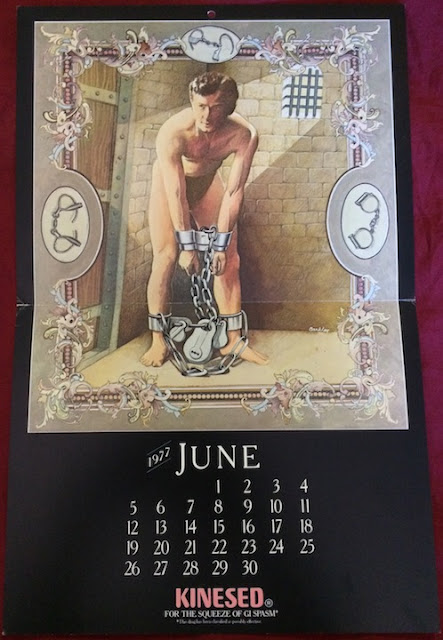 "Escape from Prison when Manacled in Handcuffs and Irons."

The next calendar is from August 1977. The painting here is taken from a photo of Houdini's 1908 Suffragettes Challenge. Despite the caption, I don't believe the sheets were doused with water for this particular test, but this is still how a "wet sheets" challenge would look. 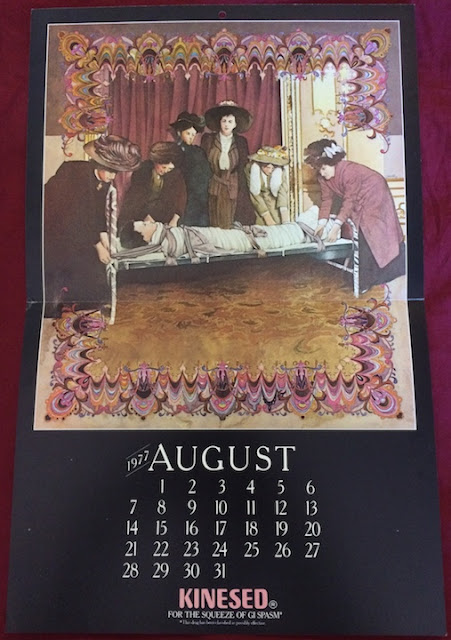 "The Challenging Release From Wet Sheets"

This last calendar uses an image from Houdini's 1917 Ladies Home Journal article "How I get Out of a Straitjacket." It is a bit of an outlier as it's from 1978 and technically not part of the "Tight Squeezes" campaign (although still part of the overall Kinesed campaign). 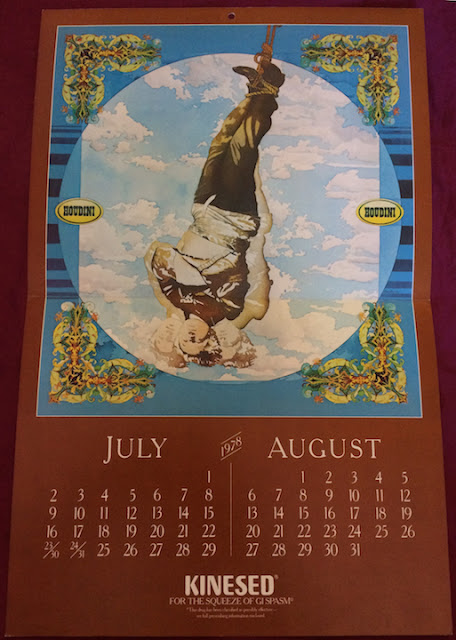 "Just When You Think There's No Escape..."

It's possible there was a variant of this last calendar that shows Houdini free of the straitjacket using the painting below. 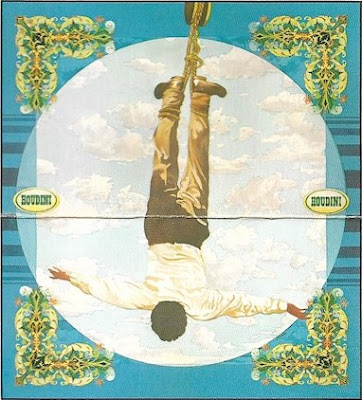 "Something Makes it Happen!"

You can see some of the other calendars at Joe Notaro's Harry Houdini Circumstantial Evidence:


The Celebrated Straitjacket Release (July 1977)
The Perilous Escape From the Spanish Maiden (September 1977)
The Spectacular Release From the Cannon Wheel (October 1977)
The Daring Underwater Escape from a Nailed Packing Box (Nov/Dec 1977)
The Milk Can (Jan/Feb 1978)
The Water Torture Cell (March/April 1978)
The Iron Boiler (May/June 1978)
100 Foot Rope Escape (Sept./Oct. 1978)
The Gallows Restraint (Nov/Dec 1978)
Below are links to more Houdini adventures in advertising.