David Haversat has once again tracked down and added to his collection a major piece of Houdini history. Below is the email sent out yesterday from David Haversat Magic with the exciting news. 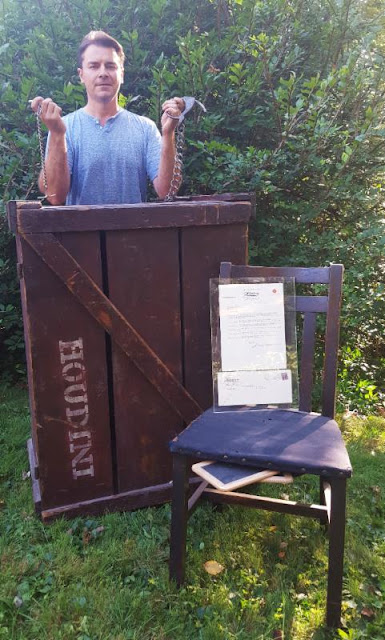 A tantalizing listing on eBay for Houdini's Chair and Spirit Slates topped the Houdini search for years, but one day just like magic...it disappeared never to reappear again! That was back in 2006 and some wondered what became of this historic relic?

Several years ago I visited the owner who listed the chair and slates, it indeed was still there after all that time. In fact it had been in the same location for 80 years! Everything about the offering was terrific. The original crate with "Houdini" stenciled in multiple places, the letter from Hardeen, the slates and of course the special chair where Houdini sat and demonstrated in his big show how unscrupulous mediums could make the secret switch.

I made an offer, left and wondered if one day I would receive the call?

Well that day came and I'm now the proud owner of these historic items that have only been owned by several.

The chair passed from Houdini to Hardeen and then to Herman L. Weber (1900-1953) a.k.a "Nemreh". It sat on the same property until I recently purchased the chair along with the magic collection of Herman Weber. 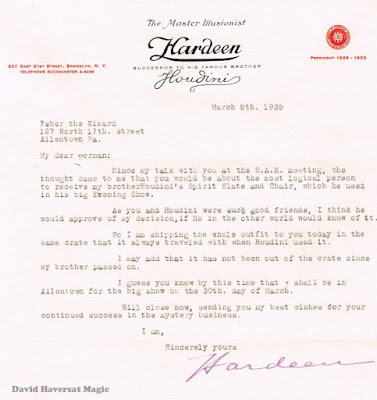 Check out the links below to see the original 2006 eBay listing and other recent finds by David.