Houdini returns to Baltimore in 2018 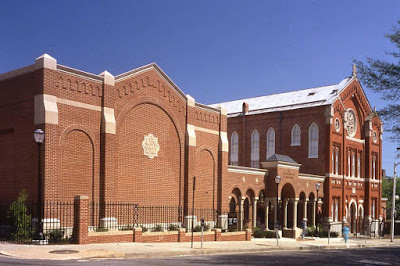 Big news today! The Jewish Museum of Maryland in Baltimore will host a major Houdini exhibition next summer called "Inescapable: The Life and Legacy of Harry Houdini."

Magician David London is curating the exhibition. Says David, "I have been tasked with bringing Houdini back to Maryland. I say back, as Houdini made at least 7 appearances in Maryland in the early 20th Century including at least five appearances right here in Baltimore."

David has written the first of what will be a series of blog posts chronicling his efforts in putting together the exhibition. So check out "Finding Houdini: Bringing Houdini back to Maryland" at the Jewish Museum of Maryland website. And stay tuned for more on what promises to be the big Houdini event of 2018.

UPDATE: Inescapable: The Life and Legacy of Harry Houdini.