Spanish Illusionist Iñaki Ruiz de Galarreta plays Houdini in the new Disney Channel series, Club Houdini. Galarreta is known professionally as the Sun Wizard and is the winner of the National Magic Award in 2011. Below is a Q&A interview that appeared in elPeriódico. The interview is in Spanish, but I've translated (as best I could) so we can all get to know our latest Houdini. 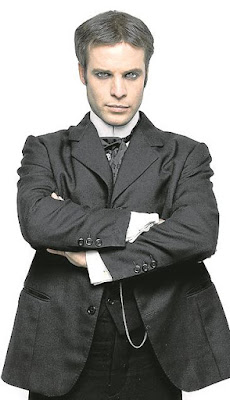 How was it playing the most mythical magician in history in a children's series?

I loved it. Houdini is one of my role models, even in my shows I pay tribute to one of his most risky effects, so to be able to do this TV project has been very interesting for me. In the series, Houdini is a mysterious character, perhaps at first a little serious with the children and closed, but as he progresses, the character opens up a little and becomes more friendly with the little ones, and he even becomes a mentor and gives them hints to look for the treasure.

At what age did you begin dedicating yourself to magic?

How did your passion for illusion come about?

I saw a small show in my hometown and I was amazed when the magician made a person disappear. At the moment, I became fascinated with magic. I started to study and to travel to competitions. I started to assemble my own act, and I went to a championship and won the National Magic Award, which motivated me a lot. Then I participated in a television program and from there made the great leap in the Gran Vía show.

What was it like working with children in 'Club Houdini'?

Being able to work with children has been fantastic. For me it has been very fun. For example, I made a game for them in the series that we had to repeat several times where a string was broken into pieces and then recomposed, and I saw how they were watching all the time. These children are the result of a very good casting. 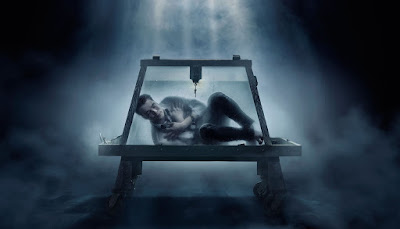 You've made television appearances with your shows, but this is your first role in a fiction series. How did it feel to be an actor?

It has been a very enriching experience because they have opted to cast a magician and not an actor, as is usually the case on these occasions. This means the magic is treated with a special affection, in a legitimate way with real props, doing the effects that Houdini did.

Do you think 'Club Houdini' will make children want to become magicians?

I think so, in fact magic is fashionable nowadays. When I go to see performances, I see many mothers who tell me that their children want to be magicians. The series will convey a lot of mystery and that will awaken interest in magic and the unknown.

Do you think that new technologies help make more magic shows more spectacular, or make the public more and more aware that there is always a trick behind each effect?

Technology advances and magicians must also be up to date. Maybe there are tricks that no longer surprise and we have to give them a twist. We even do magic with technology, with mobile phones, for example. Yes it is true that it is increasingly difficult to surprise because of the great technology that surrounds society.