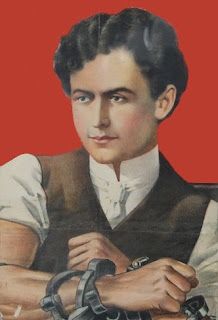 For Houdini, the year 1905 was split into two distinct halves. The first half saw him as an established superstar in Europe. But the second half found him back in America, where in some ways he had to prove himself all over again. It was a fascinating transitional year, and one of his most combative.

But you will still be able to enjoy the story of Houdini in 1905 with the publication of my upcoming book.