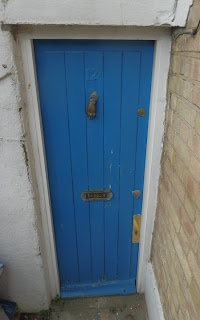 One of the best parts of The Unmasking of Robert-Houdin is when Houdini tells the story of how he acquired many of his rarest magic treasures from magician and collector Henry Evans Evanion. It's a story that certainly should stir any collector as I expect we have all had our own "Evanion experience."

Learning of Houdini's interest in collecting from a newspaper interview, Evanion came to see the magician at his hotel during his tour of the UK in 1904. Houdini was ill at the time, and because Evanion's appearance was so shabby, hotel staff would not allow him up to Houdini's room. Eventually Houdini came downstairs and discovered the elderly man waiting in the lobby. Evanion then showed him a small portfolio of items he had brought. Said Houdini:

"I remember only raising my hands before my eyes, as if I had been dazzled by a sudden shower of diamonds. In his trembling hands lay priceless treasures for which I had sought in vain -- original programs and bills of Robert-Houdin, Phillippe, Anderson, Breslaw, Pinetti, Katterfelto, Boaz, in fact all the conjuring celebrities of the eighteenth century, together with lithographs long considered unobtainable, and newspapers to be found only in the files of national libraries. I felt as if the King of England stood before me and must do him homage."


Against doctor's orders, Houdini traveled the next day to Evanion's home, "a musty room in the basement of No. 12 Methley Street, Kennington Park Road, S.E." There Houdini continues:

"In the presence of his collection I lost all track of time. Occasionally we paused in our work to drink tea which he made for us on his pathetically small stove. The drops of the first tea which we drank together can yet be found on certain papers in my collection. His wife, a most sympathetic soul, did not offer to disturb us, and it was 3:30 the next morning, or very nearly twenty-four hours after my arrival at his home, when my brother, Theodore Weiss (Hardeen), and a thoroughly disgusted physician appeared on the scene and dragged me, an unwilling victim, back to my hotel and medical care."


Houdini and Evanion remained in contact and Houdini purchased his collection "bit by bit" as he toured Europe. The last item Houdini purchased was a "superb book of Robert-Houdin's programmes, his one legacy, which is now the central jewel in my collection."

So what could make this story even better? How about a visual? The amazing Andrew Beer, our man in London, has tracked down No. 12 Methley Street and photographed the house...inside and out! 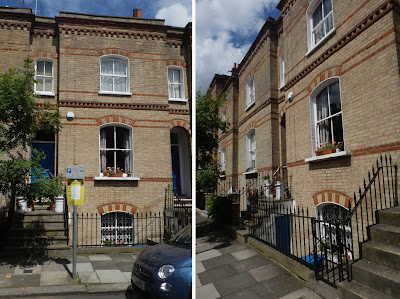 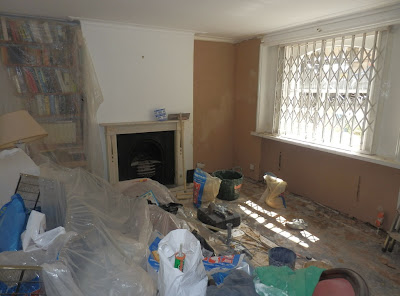 A very big thank you to Andrew and the owners of No. 12 Methley for allowing us to see inside what for Houdini was truly a house of treasure.