LINK: Where was the Checker Flag Photo taken? 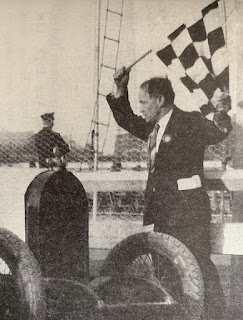 Joe Notaro at Harry Houdini Circumstantial Evidence has taken a much needed deep dive into the famous checkered flag photo of Houdini starting an auto race, which is credited somewhat mysteriously on the back as being the last of the magician. But is it?

Joe has gone in search of possible auto races in Worcester, Montreal, and even Detroit. He also shares his recent discovery that an auto company solicited Houdini for an ad while he was in Montreal ("It would probably simply mean a picture in [by] the car"). Is there a connection?

To find out all, GO TO JOE!